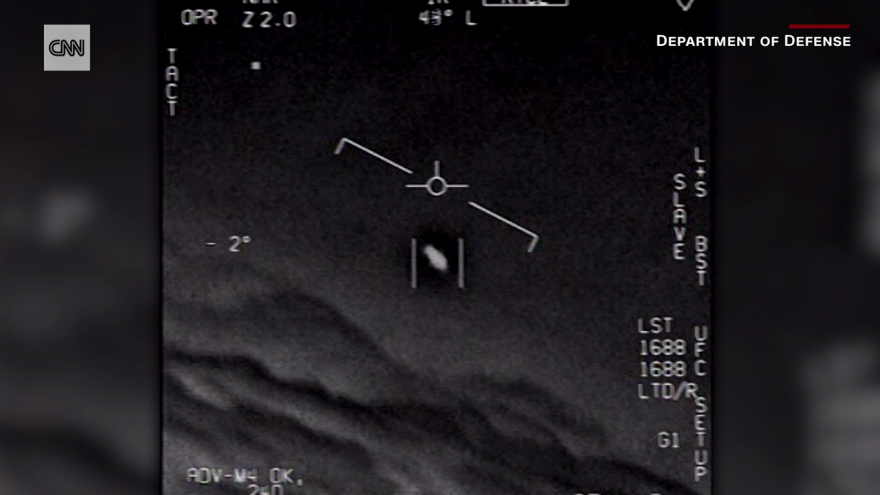 The Department of Defense announced its plans to streamline the collection and analysis of UFO reports across the government.

(CNN) -- The Department of Defense announced its plans to streamline the collection and analysis of UFO reports across the government Tuesday, following the government's acknowledgment earlier this year that these reports are worth studying and may pose a national security threat.

The department will create a unified group to handle the reports of UFOs, formally known as Unidentified Aerial Phenomena (UAPs), across the military branches and other government agencies.

In June, the Office of the Director of National Intelligence released its long-awaited report, which examined 144 cases of UAP sightings, only one of which investigators were able to explain, though they did say they found no evidence that the sightings were either extraterrestrial life or major technological advancements from Russia or China.

The issue of UAPs has fueled years of Washington infighting, including bureaucratic battles within the Pentagon and pressure from Congress, about how seriously to treat the reports.

But the release of the report was an indication that the US government was finally taking seriously what for so long was considered a fringe issue. The Navy led the UAP Task Force, but no other service had a similar effort to catalogue and analyze sightings of UFOs. Most of the 144 sightings covered in the ODNI report were recorded by Navy pilots.

Following the release of the report, Hicks instructed the under secretary of defense for intelligence and security to develop a plan to deal more seriously and thoroughly with UAP sightings.

The new unified group, called the Airborne Object Identification and Management Synchronization Group (AOIMSG), will standardize the process for reporting UAP incidents, as well as "identifying and reducing gaps in operational and intelligence detection capabilities; collecting and analyzing operation, intelligence, and counterintelligence data; recommending policy, regulatory or statutory changes as appropriate; identifying approaches to prevent or mitigate any risks posed by airborne objects of interest; and other activities as deemed necessary by the Director," Deputy Defense Secretary Kathleen Hicks wrote in a memo.

The newly created AOIMSG, led by a director, will now take over the work of the Navy's UAP Task Force as the Defense Department works to get a better grasp on what's behind the UFO sightings and how much of a threat they could pose to national security. The work of the AOIMSG will be overseen by an executive council.