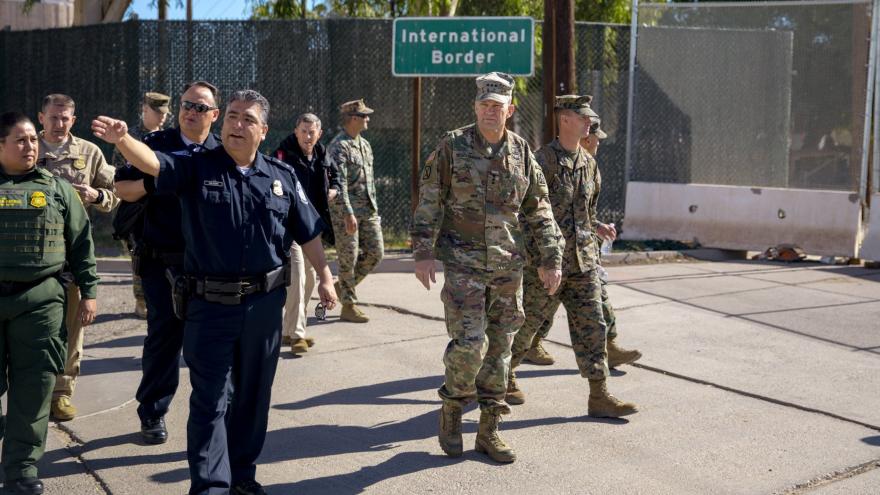 (CNN) -- Acting US Defense Secretary Patrick Shanahan is expected in the coming days to approve a Department of Homeland Security request for additional military assistance to reinforce areas of the southwest border with Mexico, according to two defense officials.

It would be the first major decision Shanahan has taken since replacing James Mattis.

The request has not yet made its way to Shanahan for approval but is being discussed at senior staff levels between both departments. It is not yet clear if it would actually require additional troops to be deployed.

NPR was first to report that DHS had made a request.

The two defense officials said the request is for military assistance reinforcing existing barrier areas along the border rather than building new sections of a barrier. It is expected that the military assistance would almost entirely involve laying additional concertina wire as it has done in the past during the early weeks of the military deployment.

Shanahan is scheduled to talk to his staff on Friday about the overall operations on the southwest border.

DHS has also asked the Pentagon for additional air support, which could include both fixed wing and drone surveillance. Much of that mission is currently performed by National Guard forces and it is not clear if additional troops would be needed for that effort, one of the officials said.

The key question for Pentagon planners is to determine if in order to fulfill the DHS request, it would require additional combat engineer personnel to be deployed and how many additional troops it would take. There are currently between 2,300 and 2,400 active duty military personnel assigned to the border mission but that includes many performing air missions, security and medical functions as well as engineering tasks.

This request is separate from the White House-led effort to potentially use existing DOD funds to build new sections of a border wall.