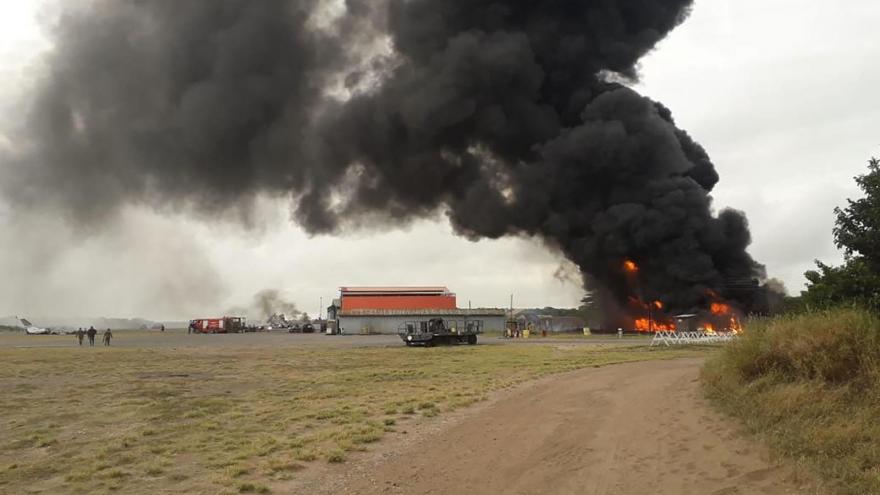 The Department of Defense has identified the American soldier who died Sunday in a terror attack in Kenya carried out by Al Qaeda affiliate Al-Shabaab as Army Specialist Henry Mayfield Jr.

(CNN) -- The Department of Defense has identified the American soldier who died Sunday in a terror attack in Kenya carried out by Al Qaeda affiliate Al-Shabaab as Army Specialist Henry Mayfield Jr.

Mayfield, 23 of Evergreen Park, Illinois, was killed in the attack, the Pentagon announced in a press release on Monday. Mayfield was part of the Army's 1st Battalion, 58th Aviation Regiment, 164th Theater Airfield Operations Group in Fort Rucker, Alabama, according to the release.

The Pentagon added that "the incident is under investigation."

The attack occurred at a Kenya Defense Force airfield in Manda Bay, Kenya. The attack killed Mayfield and two civilian contractors working for the Defense Department, according to US Africa Command, which is responsible for military relations with nations on the continent. It also wounded two Department of Defense members, who were in stable condition and evacuated.

The US military is also sending in the East Africa Response Force to secure Manda Bay. The force is comprised of some 50 troops based out of Djibouti, a US defense official told CNN.

During the attack, five fixed wing and rotary contractor-operated civilian aircraft were destroyed and one was damaged. Sources previously told CNN that the airfield was used by US Special Operations forces working with the Kenyans.

Kenya's military said it killed at least four terrorists Sunday in repelling the attack on an airstrip located near a US military base. Kenya's Defense Forces said in a statement that there had been an attempt to breach security at the airstrip -- which is near the Camp Simba US base -- but it had been "successfully repulsed."

"Four terrorists' bodies have so far been found," the KDF said in the statement. "The airstrip is safe."