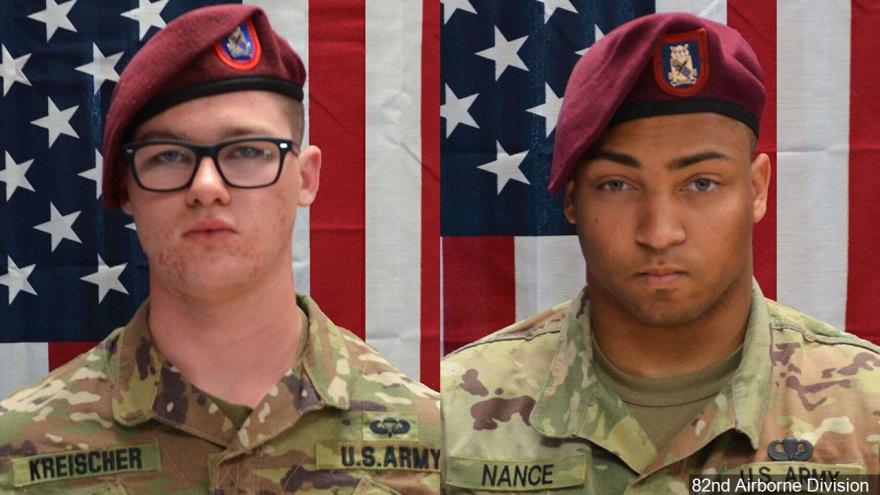 WASHINGTON (AP) — The Pentagon has announced the names of two U.S. soldiers who were killed in Afghanistan on Monday.

Both soldiers were assigned to the Army's 82nd Airborne Division, based in Fort Bragg, North Carolina.

The officials spoke on condition of anonymity because they weren't authorized to speak on the record about details that had not yet been made public.