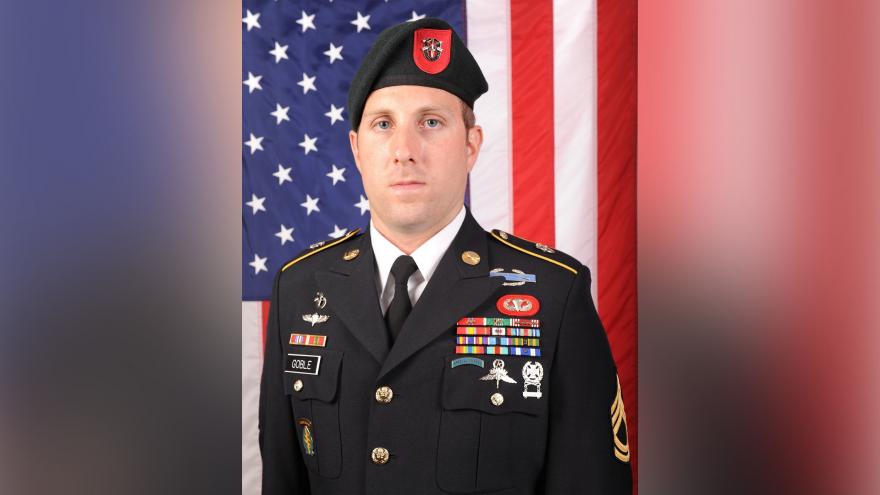 Goble died "as a result of injuries sustained while his unit was engaged in combat operations" on Sunday in Kunduz Province, according to a statement released Monday. The incident is under investigation.

Goble was a member of the Army's Special Forces, assigned to the 1st Battalion, 7th Special Forces Group (Airborne), based at Eglin Air Force Base, Florida.

Earlier Monday, the Taliban claimed responsibility for Goble's death, even as peace negotiations between the group and US continue.

President Donald Trump announced late last month during a Thanksgiving visit to Afghanistan that peace negotiations between the Taliban and the US had restarted.

Trump had ended formal peace talks in September after a Taliban-claimed attack in Kabul killed a dozen people, including an American soldier. The President said at the time that Taliban leaders had been set to travel to the US for secret peace talks, but after the attack he said the meetings were "dead" and called off the negotiations.