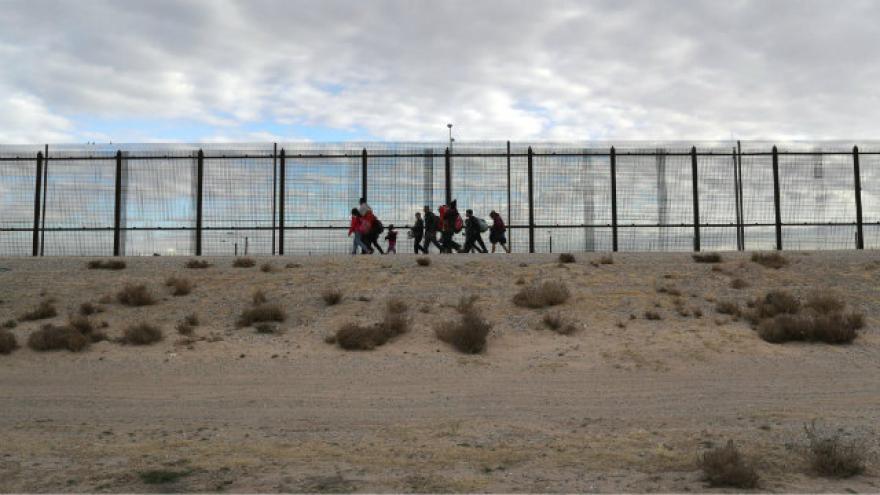 The Pentagon notified Congress that it has authorized the transfer of $1 billion to begin new wall construction along the US-Mexico border, drawing immediate objections from Democratic lawmakers. Photo courtesy John Moore / Getty Images

(CNN) -- The Pentagon notified Congress Monday night that it has authorized the transfer of $1 billion to begin new wall construction along the US-Mexico border, drawing immediate objections from Democratic lawmakers.

A Pentagon budget reprogramming notification sent to Capitol Hill on Monday and obtained by CNN indicates that up to $1 billion will go toward building 57 miles of fencing, improving roads and other measures on the southern border.

The Department of Defense authorized the Army Corp of Engineers to begin planning and construction for the project Monday night. The department will direct the funds toward 18-foot-high fencing along the Yuma and El Paso sections of the border, according to a letter acting Secretary of Defense Patrick Shanahan sent to Secretary of Homeland Security Kirstjen Nielsen.

Monday's announcement was just the first $1 billion the administration is making available for wall funding. The administration said previously it plans to shift an additional $1.5 billion at some point in the future.

These initial counterdrug funds will ultimately flow from the Department of Homeland Security to the Army Corps of Engineers to begin construction.

Senate Democrats immediately objected to the transfer of money to build fencing along the southern border to block drug smuggling.

Every Democratic senator on the Senate Appropriations Committee's subcommittees on Defense and Military Construction, Veterans Affairs and Related Agencies signed on to a letter written to Shanahan objecting to moving $1 billion in personnel funds to counter drug funds to go toward the wall. The senators say the Pentagon did not seek permission before notifying the committee of the transfer.

"We strongly object to both the substance of the funding transfer, and to the Department implementing the transfer without seeking the approval of the congressional defense committees and in violation of provisions in the defense appropriation itself," the senators wrote. "As a result, we have serious concerns that the Department has allowed political interference and pet projects to come ahead of many near-term, critical readiness issues facing our military."