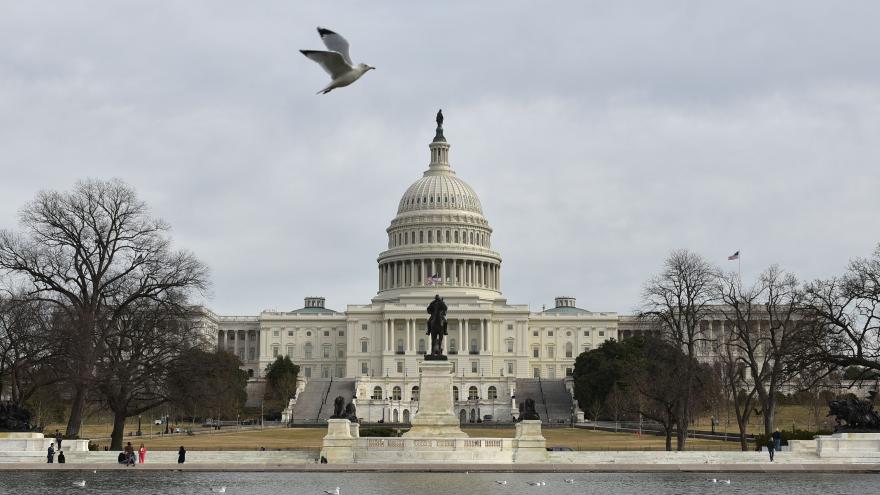 (CNN) -- US defense officials were ordered to plan potential responses to the attack on Saudi Arabia's oil facilities in a Monday meeting with President Donald Trump, but the White House is waiting for the Kingdom's rulers to decide on a response before charting a path forward, administration officials and sources familiar their thinking tell CNN.

Two US defense officials said that the Pentagon was instructed to "plan" at the White House meeting, but added that no detailed choices were presented.

A source familiar with White House discussions said the administration feels time is on its side as it builds a case against Iran, which has denied responsibility for the attacks. Secretary of State Mike Pompeo is set to travel to Saudi Arabia on Tuesday night to consult with rulers there and the source said nothing will be done until Pompeo has returned and Trump's national security team has assembled.

"No knee jerk reactions to this - it's very systematic - what happens with patience is it prevents stupid moves," said the source.

The approach is already coming under criticism. Sen. Lindsey Graham, the South Carolina Republican who has advocated a strike on Iran in response to the Saudi attack, tweeted Tuesday that "the measured response by President @realDonaldTrump regarding the shooting down of an American drone was clearly seen by the Iranian regime as a sign of weakness."

Trump hit back with a tweet of his own, replying, "No Lindsey, it was a sign of strength that some people just don't understand."

Administration officials have made the calculation that with the United Nations General Assembly taking place in New York next week, US officials will have the chance to meet with world leaders and discuss next steps. It's highly unlikely anything will be done before then, the source familiar with White House discussions said.

The attack, claimed by Houthi rebels in Yemen, forced state-owned Saudi Aramco to half its production, taking more than 5% of the world's daily crude oil consumption off the global market.

Cyber attacks and attacks on Iranian oil refineries were evaluated after the downing of the US drone in the Strait of Hormuz in June, but there has not been serious consideration to revisit those options, the source said.

Trump has repeatedly said that the onus is on Saudi Arabia when it comes to dictating the path forward and he's made clear he is in no rush.

"We have to sit down with the Saudis and work something out," he told reporters yesterday. "That was an attack on Saudi Arabia, and that wasn't an attack on us."

"We have a lot of options, but I'm not looking at options right now," Trump said. "We want to find definitively who did this. We're dealing with Saudi Arabia. ... We'll see what happens."

Defense officials also said that US Central Command has made no additional requests for forces in the region in the wake of the attack and that the posture of US troops in the region has not been adjusted.

But Vice President Mike Pence made it clear Tuesday that military action is one option.

"In the wake of this weekend's unprovoked attack on several oil facilities in Saudi Arabia, I promise you, we're ready. As the President said, we don't want war with anybody, but the United States is prepared -- we're locked and loaded," Pence said, as he described the US military as the "best equipped, best trained and most technologically advanced fighting force in the world."

During a speech at the Heritage Foundation, Pence said the US intelligence community is working to "review the evidence" of the attack and announced that Pompeo would travel to Saudi Arabia later in the day to consult with the Kingdom's rulers.

'I prefer not meeting him'

Pence spoke as Trump, en route to California, walked back earlier comments indicating his willingness to meet with Iranian officials, telling reporters that he's no longer interested in seeing President Hassan Rouhani on the margins of the UN General Assembly.

"I never rule anything out, but I prefer not meeting him," Trump said.

Iran's supreme leader Ayatollah Ali Khamenei, also speaking Tuesday, ruled out the possibility, saying that there will be "no negotiation with the United States at any level." The Iranian supreme leader left only a tiny window for future multilateral talks, "If the US repudiated, repented and returned to the nuclear treaty that they violated." Otherwise, the Iranian government will not meet with any of the American officials, "neither in New York nor elsewhere."

Foreign Minister Javad Zarif accused Pompeo of "max deceit" and US officials of being "in denial" if they think Yemen's Houthis wouldn't strike back at Saudi Arabia after more than four years of war that has brought millions of Yemeni civilians to the brink of starvation.

Deputy Press Secretary Hogan Gidley told reporters Tuesday that the administration "can't say definitively" that Iran was behind an attack on an oil facility on Saudi Arabia and is still in the process of making the case to the American people.

A defense official has told CNN that the US has imagery that suggests the attack originated from inside Iran, including evidence of weapons being readied for launch inside the country. CNN has not been shown the imagery.

As Saudi Arabia recovers in the aftermath, a US defense official tells CNN that the US has a team of forensic experts on the ground to help analyze the site of the attack and unexploded missiles that did not hit their intended targets.

Another US official with direct knowledge of the latest information said Saudi Arabia has recovered fully intact circuit boards from one of the weapons used in the attack and that both drones and cruise missiles were used. CNN has not seen evidence to back those claims.

The official added that the Saudis and the US expect to be able to trace the point of origin of the circuit board to Iran, pointing out that the routes the missiles or drones took avoided areas where US and Saudi radar systems are strongest and that the attack was sophisticated.

'They have the capacity'

A senior administration official said that Houthis don't have the capability to reach Yemen. "The Houthis have never employed this type of UAV -- neither the UAV nor the cruise missiles employed in the attack can reach the facilities from Yemen. It's not possible."

"The most distinctive feature of the UAV-X is its significantly increased endurance and range," the report said of the new drone model, adding that it "may have a maximum range of between 1,200 km and 1,500 km, depending on wind conditions. It would give credence to the claims by the Houthis that they have the capability to hit targets such as Riyadh, Abu Dhabi and Dubai."