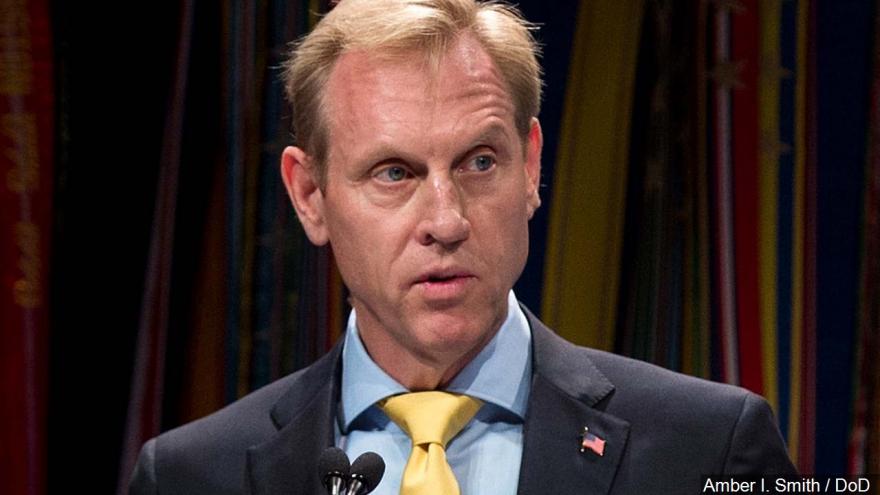 WASHINGTON (AP) — The Pentagon's watchdog agency said Thursday it has cleared Acting Defense Secretary Patrick Shanahan of wrongdoing in connection with allegations that he had used his official position to favor his former employer, Boeing Co.

The decision by the Defense Department inspector general opens the door for President Donald Trump to nominate Shanahan and seek his Senate confirmation as defense secretary. The White House, however, has not said whether Trump intends to do so.

Shanahan has been serving as the interim Pentagon chief since Jan. 1, after Jim Mattis resigned.

In a written statement summarizing the outcome of its probe, which began on March 15, the inspector general's office said it "did not substantiate any of the allegations and determined that Acting Secretary Shanahan fully complied with his ethical obligations and agreements regarding Boeing and its competitors."

Glenn Fine, the interim inspector general, issued a separate statement saying the probe had been conducted "fairly, thoroughly and expeditiously."

A spokesman for Shanahan, Army Lt. Col. Joe Buccino, said Shanahan's ethics agreement "ensures no potential for a conflict of interest with Boeing on any matter." He said Shanahan is focused on "retooling the military for great power competition," executing the national defense strategy and caring for service members and their families.

The allegation of pro-Boeing bias stemmed from Shanahan's time as deputy defense secretary in 2017-18. In its statement, the office of the inspector general characterized the allegations as promoting Boeing, disparaging its competitors and violating ethical obligations. It said it interviewed more than 30 witnesses, including Shanahan and other senior officials, and did not substantiate any of the allegations.

After Mattis quit in protest of Trump's policies, the president did not rush to send Shanahan's nomination to Capitol Hill, seemingly content with letting him and a number of other administration officials languish as temporary appointments.

"I like acting. It gives me more flexibility," Trump said in January.

In the complaint, Citizens for Responsibility and Ethics in Washington alleged that Shanahan has appeared to make statements promoting Boeing and disparaging competitors, such as Lockheed Martin. Shanahan spent more than 30 years at Boeing, leading programs for commercial planes and missile defense systems.

The inspector general formally opened an investigation and moved quickly to do interviews. Shanahan publicly welcomed the decision to review the allegations.

At the time, Sen. Richard Blumenthal, D-Conn., said that scrutiny of Shanahan's Boeing ties is necessary. "In fact, it's overdue. Boeing is a behemoth 800-pound gorilla — raising possible questions of undue influence at DOD, FAA and elsewhere," Blumenthal said.

Shanahan signed an ethics agreement in June 2017, when he was being nominated for the job of deputy defense secretary, a job he held during Mattis' tenure. The agreement outlined the steps he would take to avoid "any actual or apparent conflict of interest," and said he would not participate in any matter involving Boeing.

The CREW ethics complaint, based to a large part on published reports, including one by Politico in January, said Shanahan has made comments praising Boeing in meetings about government contracts, raising concerns about "whether Shanahan, intentionally or not, is putting his finger on the scale when it comes to Pentagon priorities."

One example raised by the complaint is the Pentagon's decision to request funding for Boeing's F-15EX fighter jets in the 2020 proposed budget. The Pentagon is requesting about $1 billion to buy eight of the aircraft.

Shanahan, 56, joined Boeing in 1986, rose through its ranks and is credited with rescuing a troubled Dreamliner 787 program. He also led the company's missile defense and military helicopter programs.

Trump has seemed attracted to Shanahan partially for his work on one of the president's pet projects — creating a Space Force. He also has publicly lauded Boeing, builder of many of the military's most prominent aircraft, including the Apache and Chinook helicopters, the C-17 cargo plane and the B-52 bomber, as well as the iconic presidential aircraft, Air Force One.

This is only the third time in history that the Pentagon has been led by an acting chief, and Shanahan has served in that capacity for longer than any of the others.

Presidents typically take pains to ensure the Pentagon is being run by a Senate-confirmed official, given the grave responsibilities that include sending young Americans into battle, ensuring the military is ready for extreme emergencies like nuclear war and managing overseas alliances that are central to U.S. security.