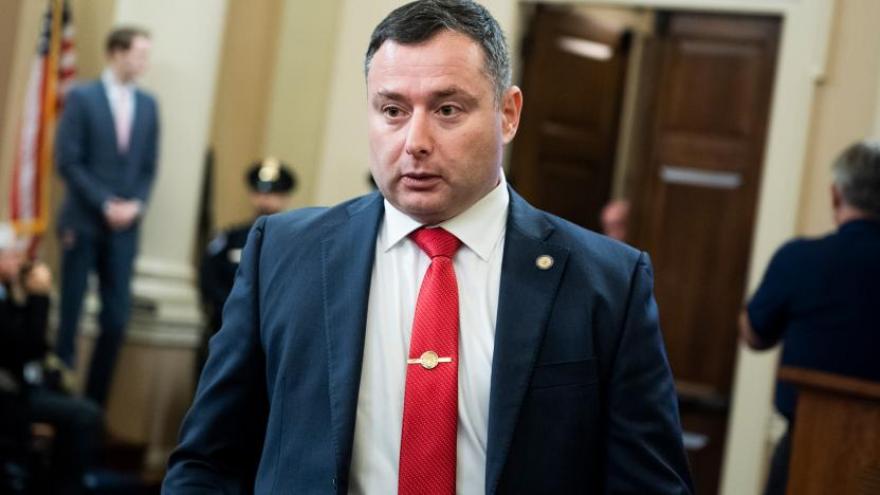 Vindman, an Army attorney who served as the ethics counsel on the National Security Council, was given unfavorable reviews, stripped of his responsibilities, and ultimately fired, the Pentagon Inspector General report concluded, after he told National Security Council officials that Trump may have broken the law in a July 25, 2019, phone call with Ukraine's recently sworn-in leader, Volodymyr Zelensky. In the now infamous call, Trump asked Zelensky to open an investigation into Joe Biden ahead of the 2020 election.

Vindman's brother, Lt. Col. Alexander Vindman, was on the call and went to Yevgeny with his concerns. Yevgeny Vindman then flagged those concerns to his superiors in July and August of 2019. During Trump's first impeachment trial, Alexander Vindman was one of the key witnesses, telling lawmakers the Trump-Zelensky call was "inappropriate" and that he knew "without hesitation" that he had to report it.

Within months, the NSC began reducing Yevgeny Vindman's job duties and responsibilities, according to the report. He was no longer allowed to attend any senior-level meetings about the Middle East or North Africa, despite that falling under his position. He was also told to stop working on financial disclosures for commissioned officers, even though that had been part of his job.

Two of Yevgeny Vindman's superiors at the NSC, Michael Ellis and John Eisenberg, marked that he was "unsatisfactory" on his Officer Evaluation Report. Then, two days after the conclusion of Trump's first impeachment trial, Vindman was "abruptly and unceremoniously" fired from his position on the NSC. His brother was also fired.

The Inspector General's report concluded that these actions were a reprisal for Yevgeny Vindman's decision to raise concerns about the Trump phone call. His lawyer, Mark Zaid, said the report "fully vindicates" his client.

"Through his protected lawful whistleblowing activities, Lt. Col. Vindman properly reported misconduct involving officials within the Trump Administration's White House and National Security Council," Zaid said in a statement. "Based on this latest report, which followed a review by the U.S. Army, it is now conclusive there was illegal retaliation against Lt. Col. Vindman, who has since been promoted to Colonel."

The report made no recommendations for any subsequent action since Vindman's record has been corrected. The report also does not make recommendations about the Trump administration officials, since they did not work at the Defense Department and are no longer in their positions.

The top Democrats on three House Committees who urged the inspector general to investigate whether Vindman had been retaliated against by Trump officials said in a joint statement that the report shows more reforms are needed to better protect whistleblowers.

"After Watergate, Congress passed significant reforms to ensure that whenever federal personnel made disclosures, they would be protected from reprisal. The Trump administration -- and President Trump himself -- broke that promise by targeting whistleblowers and individuals connected to them with a vengeance. That can never be allowed to happen again, under any administration," they wrote.