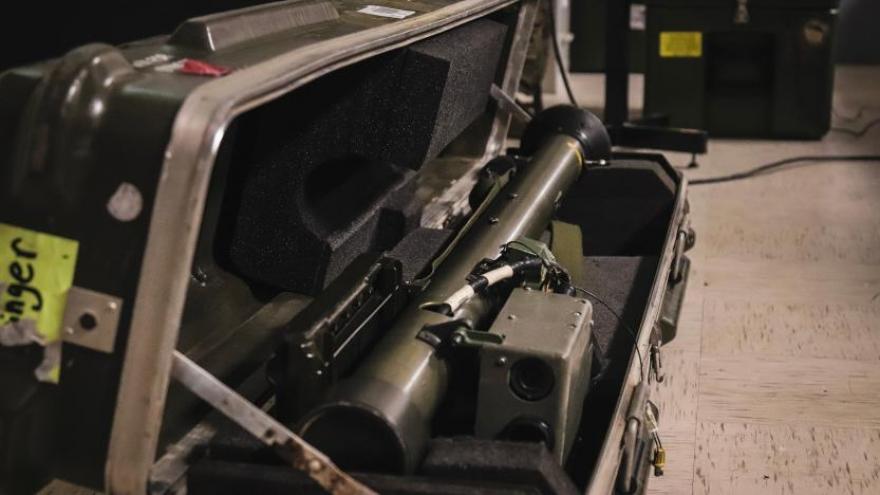 (CNN) -- The Defense Department plans to accelerate production of Stinger anti-aircraft missiles and Javelin anti-tank missiles so it can refill its own depleted stocks as it continues to send the vital systems to Ukrainian forces fighting the Russian invasion, according to defense officials.

Ukraine wants 500 Javelin anti-tank missiles and 500 Stinger anti-aircraft missiles delivered from the US daily, according to a recent military assistance wish list. CNN viewed the document that details the items Ukraine believes it needs from the US.

By March 7, less than two weeks into Russia's invasion of Ukraine, the US and other NATO members had sent about 17,000 anti-tank missiles and 2,000 anti-aircraft missiles to Ukraine. Since then, that number has certainly increased but an update has not been made public.

The Stinger production line had shut down but was restarted to fulfill a foreign sales order. Now, in order to keep it open efficiently, several options to increase production capacity and decrease production timelines are being considered in consultation with prime contractor Raytheon, according to Jessica Maxwell, a Pentagon spokeswoman.

Currently it takes about 18 to 24 months to manufacture a production lot of Stinger missiles, depending on the size of the lot. The Pentagon does not disclose specific inventory levels for munitions due to the sensitivity of the issue, but it maintains levels for what may be needed in conflict, under Defense Department policy.

There is an ongoing $320 million foreign sales production contract awarded to Raytheon. Prior to that award, production had ceased.

The Javelin anti-tank system is in a full production mode, according to the Pentagon. However, the Pentagon is looking at trying to ramp up production.

Lockheed Martin, the Javelin manufacturer, "has the capacity to meet increased demand for the foreseeable future," a company spokeswoman said in a statement.

Javelin anti-tank systems can be produced at a rate of more than 6,000 a year as of 2022, according to Department of Defense budget documents.

They have been made in a joint venture of Raytheon/Lockheed Martin Javelin Joint Venture in Orlando and in Tucson, Arizona, according to the company and Department of Defense documents.

Stinger anti-aircraft missiles are produced by Raytheon in Tucson.

CORRECTION: This story has been updated with a new photograph, as the original image by Agence France-Presse via Getty Images misidentified the type of missile featured.