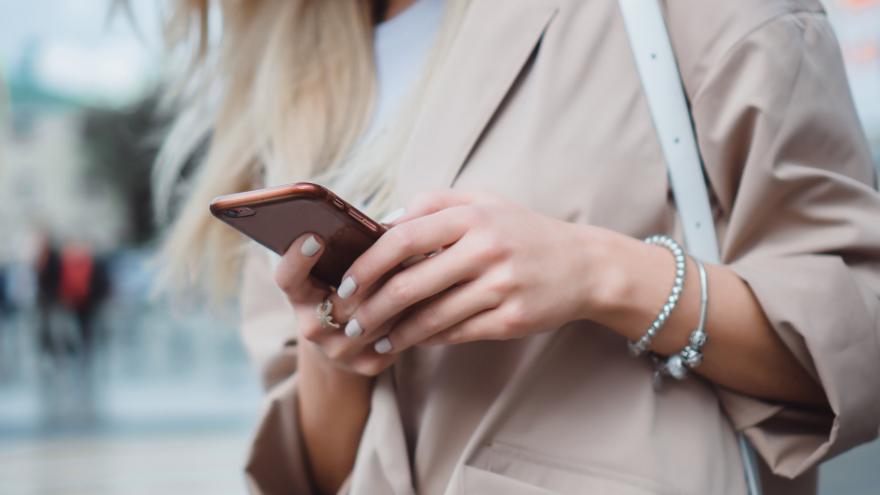 (CNN) -- Text messages received overnight on Wednesday caused confusion, misunderstandings and even alarm for some recipients.

Thetext messages appear to have originally been sent on February 14, Valentine's Day, but were received more than eight months later with Wednesday's time stamp. The total number of messages sent due to what's being called an "internal maintenance cycle" was 168,149, according to Syniverse, which provides technology and business services for a number of telecommunications companies.

The issue occurred across all four major carriers in the United States and affected both Apple and Android devices.

People shared their experiences about receiving delayed messages on social media and Reddit. Some said they received text messages from ex-boyfriends and ex-girlfriends that led to awkward conversations. Others said the messages came from relatives or friends who had since passed away. One person complained to Sprint's Twitter account that her phone had sent a text to her boss in the middle of the night.

The person who originally sent the text should have a record of the message in their archives.

The carriers that have responded pointed to a "maintenance update" and a "third-party vendor."

"Last evening, a maintenance update occurred to part of the messaging platforms of multiple carriers in the US, including Sprint, which caused some customers to have older text messages sent to their devices," a Sprint spokesperson told CNN Business. "The issue was resolved not long after it occurred. We apologize for any confusion this may have caused."

T-Mobile said it wasn't an internal issue but rather a problem stemming from a third-party vendor that also affected its networks. A spokesperson said T-Mobile was aware of the issue and it has since been resolved.

Verizon referred CNN Business to Syniverse, which confirmed the incident.

"We apologize to anyone who was impacted by this occurrence," said William Hurley, chief marketing and product officer at Syniverse. "While the issue has been resolved, we are in the process of reviewing our internal procedures to ensure this does not happen again, and actively working with our customers' teams to answer any questions they have."

ABI Research, which provides research and guidance on technology, said the four major carriers announced a "cross-carrier messaging system" that is expected to launch in 2020.

"Unfortunately, in order for improvements to happen, updates need to take place. And, sometimes those updates do have a glitch or hiccup," Leo Gergs, an ABI research analyst, told CNN Business.

Gergs also said Valentine's Day messages were likely affected because the amount of texts sent on that day is "abnormally high."