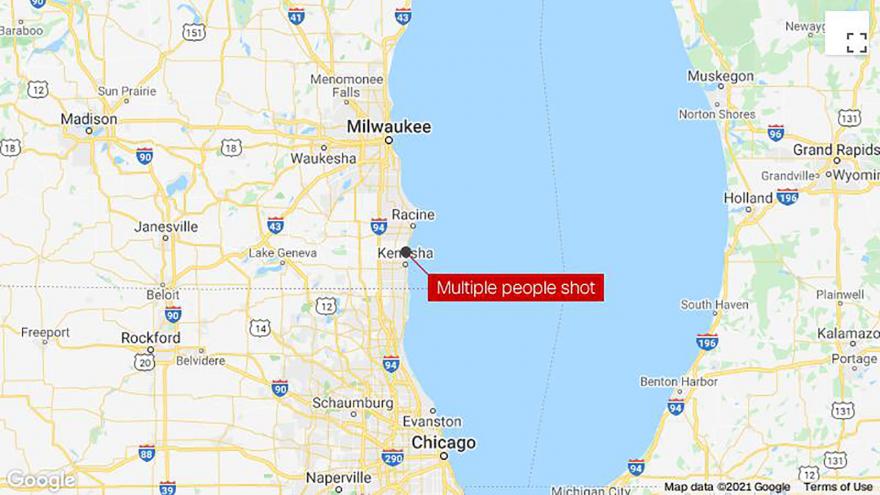 Authorities are looking for whoever opened fire at a tavern in southeast Wisconsin overnight, killing three people and seriously wounding two others, the Kenosha County sheriff said. - Google

(CNN) -- A person of interest in the Kenosha shooting that killed three and injured three others early Sunday morning has been located and will be criminally charged with one count of first degree intentional homicide, according to the Kenosha Police Department.

Gunfire broke out both inside and outside the The Somers House tavern around 12:40 a.m. Sunday, Sheriff David G. Beth said.

"It sounds like one person got removed from the establishment and possibly came back a short time later" and started shooting, Beth said. "We don't believe this was a random act," he added.

It is not clear exactly why that person was removed, or whether there was one or more shooters, the sheriff said.

The person of interest may face additional criminal charges pending further investigation, according to a press release by Kenosha police.

About 100 officers from multiple agencies were "scouring the area trying to come up with any video footage and anything that can help us at the scene right now," Beth said early Sunday morning.

Wisconsin Gov. Tony Evers said after the shooting that his "heart breaks for Kenosha."

"I want to thank the first responders who reacted quickly and are still working to investigate and find those involved in this senseless tragedy," Evers said in a statement Sunday.

"Kathy and I join Wisconsinites in hoping and praying those injured will recover from their injuries. We are thinking of the families and loved ones affected and the entire Kenosha community as they grieve and grapple with yet another tragic incident of gun violence."

The United States has suffered at least 47 mass shootings since March 16, when eight people were killed at three Atlanta-area spas, according to CNN reporting and an analysis of data from the Gun Violence Archive (GVA), local media, and police reports.

The 47 include the Kenosha County shooting and a mass shooting Saturday evening in Columbus, Ohio, that left one person dead and five others injured, according to CNN affiliate WSYX.

CNN's definition of a mass shooting is an event that has four victims who are either killed or wounded by gunfire (not including any shooter).