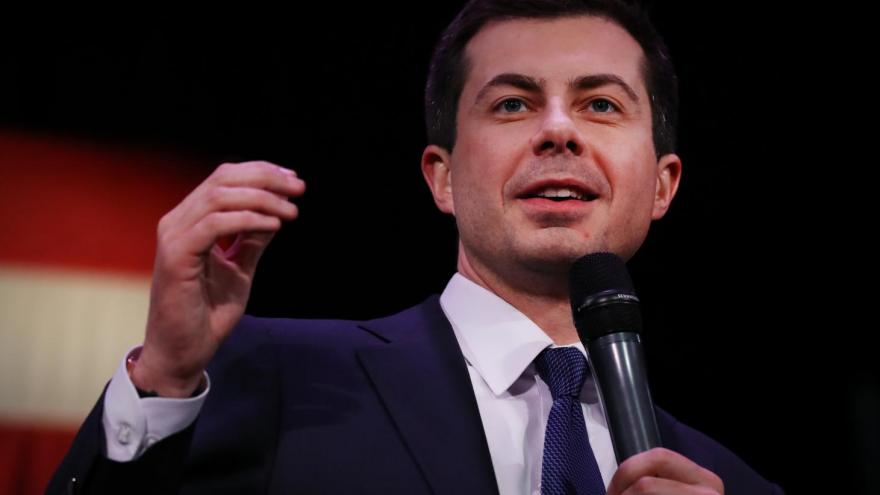 With 97% of Iowa's precincts reporting, the former mayor remained the leader of the race, with 26.2% of state delegates. He's closely trailed by Sanders, with 26.1%.

They're followed by Massachusetts Sen. Elizabeth Warren at 18.2%, former Vice President Joe Biden at 15.8% and Minnesota Sen. Amy Klobuchar at 12.2%.

The Democratic presidential race has shifted to New Hampshire, with the full field of 2020 contenders blanketing the state ahead of its Tuesday primary. On Wednesday and Thursday, eight candidates are participating in CNN town halls. And on Friday, the leading contenders will meet for a debate.

But in Iowa, they're still counting, after technical issues with the app used to report results led to a complete breakdown on caucus night.

A person on the call told CNN that Price defended Shadow, the company that created the failed app. He said Shadow put a full proposal in -- while Microsoft and others did not. Iowa selected Shadow after Nevada already signed on with the firm.

Price promised an independent review of the counting controversy, a person familiar with the call said, and was defended by Iowa labor leaders on the call.

Price said the backup phone lines crashed because internet trolls got the number and flooded the lines Monday night.

There were no calls for his resignation, a person on the call said, with more people expressing apology to him than outrage.

Even as it released results, the Iowa Democratic Party continued to have issues in reporting the data. After releasing a batch of results on Wednesday afternoon, the party tweeted, "There will be a minor correction to the last batch of results and we will be pushing an update momentarily."

The numbers were quickly updated, but the party was mocked on social media for having to correct data two days after the caucuses took place.

The high finish looks likely to boost Buttigieg, who needs another strong finish in New Hampshire to have a chance at addressing his campaign's biggest weakness: a lack of support from non-white voters, who make up a much larger share of the electorate as the race shifts to the third and fourth states, Nevada and South Carolina.

Buttigieg reflected emotionally Tuesday on his success in Iowa as the first top-tier gay candidate in a major political party.

"This validates for a kid somewhere in a community wondering if he belongs or she belongs or they belong in their own family, that if you believe in yourself and your country, there is a lot backing up the belief," he said.

They'll also help Sanders, who is in a race with Warren to be the leading progressive contender, and is also vying with Biden for support among Latinos and African Americans.

"We took a gut punch in Iowa," Biden told a crowd Wednesday morning in Somersworth, New Hampshire, vowing to "fight for this nomination."

In his first events in New Hampshire, Biden, who had previously ignored his Democratic rivals and focused on taking on President Donald Trump, has taken a much more aggressive approach toward his Democratic opponents -- particularly Sanders, who he criticized Tuesday over his positions on health care and gun control. On Wednesday, he suggested Sanders would hurt down-ballot Democrats in the general election.

"Every Democrat will have to carry the label Sen. Sanders chose for himself," Biden, calling the Vermont senator a democratic socialist.

The candidates will have national audiences on CNN on Wednesday and Thursday night, with the five front-runners from Iowa plus entrepreneur Andrew Yang, billionaire businessman Tom Steyer and former Massachusetts Gov. Deval Patrick participating in hour-long town halls from New Hampshire.

Starting at 8 p.m. ET, Biden, Warren, Yang and Steyer are scheduled to appear Wednesday night. Then Sanders, Buttigieg, Klobuchar and Patrick are up Thursday night.

On Friday, the candidates will participate in another debate, this one hosted by WMUR, ABC News and Apple News. And Tuesday, New Hampshire votes.

This story has been updated with new results released by the Iowa Democratic Party.