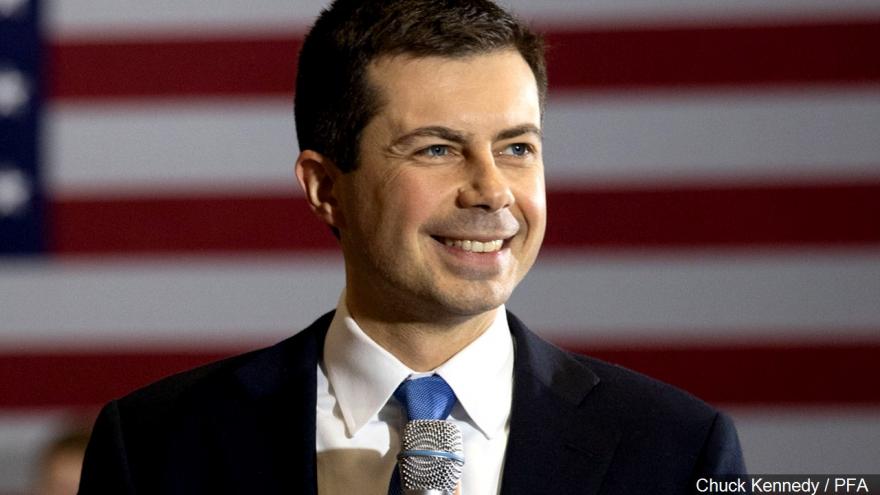 (CNN) -- Pete Buttigieg launched a new super PAC on Friday, hoping to turn the excitement around his presidential campaign into a political organization that will help a new generation of Democratic leaders.

The group, called "Win the Era" in a call back to a line he often used during his failed presidential run, will raise money and distribute it to down-ballot Democrats with the express purpose of helping lesser-known candidates.

The group has a five-part criteria for endorsing candidates, focusing on politicians who represent a generational shift in politics, come from a diverse cross section of the United States, are campaigning in typically conservative areas of the country, are pushing for policies that address topics his 2020 campaign advocated for and those who are "in it for the right reasons," according to an email Buttigieg sent out.

"This is a big part of how we'll continue the work we started with the campaign, and it's only possible because of your hard work and our shared vision for the country," Buttigieg writes in the email. "Our nation and world are in a period of upheaval right now, which will make it more important than ever to support and elect good leaders this November and into the future."

The announcement comes as the spread of the novel coronavirus has all but halted American life, including the in-person portion of the presidential campaign.

Buttigieg acknowledges the virus in the email -- "Chasten and I are at home in South Bend, practicing physical distancing, finding ways to share good information and supporting our community in staying safe and healthy" -- but also notes this time of crisis shows the need for "strong leaders at every level of government."

Buttigieg went from an unknown, small city mayor to a top tier presidential candidate throughout 2019, eventually winning the Iowa caucuses. Buttigieg, though, struggled to turn his success in Iowa into a broader campaign and was forced to end his run in early March before the first multi-state voting day of the primary. He endorsed former Vice President Joe Biden, the overwhelming frontrunner for the Democratic nomination, shortly after ending his bid.

Despite failing to win his party's nomination, Buttigieg impressed many top Democrats and proved to be a talented fundraiser, a skill that could help the former South Bend, Indiana, mayor raise money for the new organization. Pete for America raised nearly $100 million throughout the mayor's run.

"The work of electing a forward-thinking generation of Democratic candidates never ends," Buttigieg aide Lis Smith said in a statement. "Pete will do his part by building and leading the Win the Era PAC as we get closer to the November election."

The branding of the Buttigieg PAC is similar to what the candidate used during his presidential campaign. The PAC's website features the same logo Buttigieg's campaign used, except it subs out "PETE" for "Win The Era".

"There is simply too much at stake to retreat to the sidelines now. Together we can build the era that must come next," reads the website. "We need everyone to be a part of this movement."