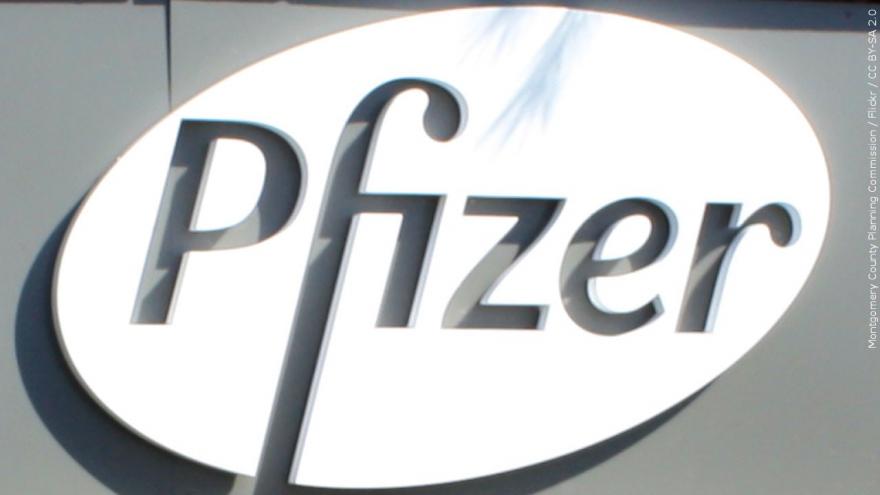 (CNN) -- Drugmaker Pfizer said Friday its experimental pill designed to fight coronavirus reduced the risk of hospitalization and death for high-risk patients taking part in a trial of the drug.

The company hopes it can eventually offer the pill, given in combination with an older antiviral drug called ritonavir, to people to take at home before they get sick enough to go to the hospital.

A so-called interim analysis -- done before the trial was scheduled to end -- showed an 89% reduction in the risk of hospitalization or death from Covid-19 if patients got it soon enough, the company said.

Pfizer released the results in a news release and did not provide scientists to discuss the data ahead of release. The data has not been peer reviewed or published. The company says it will share more specifics in a peer-reviewed paper and with its submission to the US Food and Drug Administration.

The company has been testing the drug in adults with Covid-19 who are considered at high risk of progressing to severe illness. The volunteers have been randomly given either the pill combination or a placebo within three days or five days of their symptoms starting.

The pill, still known by its experimental name PF-07321332, is what's known as a protease inhibitor. It's designed to stop the virus from multiplying. Giving it along with ritonavir slows its breakdown in the body, the company said.

It said 19% of patients given the treatment suffered adverse events, compared to 21% who got placebo, but declined to disclose what those adverse events were.

"These data suggest that our oral antiviral candidate, if approved by regulatory authorities, has the potential to save patients' lives, reduce the severity of COVID-19 infections, and eliminate up to nine out of ten hospitalizations," Albert Bourla, chairman CEO of Pfizer, said in a statement.

Currently, remdesivir, sold under the brand name Veklury, is the only antiviral approved by FDA for treatment of Covid-19. It's given by intravenous infusion, so it's not as simple to administer as a pill.

People can also be treated with monoclonal antibodies, which are injected or infused therapies that kickstart the immune system to help fight off infection. They are not as easy to take as a pill and must be administered by a trained professional.

Merck is seeking FDA emergency use authorization for molnupiravir, an antiviral capsule people could take at home. It's been shown to reduce the risk of hospitalization or death by about 50%. On Thursday, UK drug regulators authorized molnupiravir under the brand name Lagevrio.