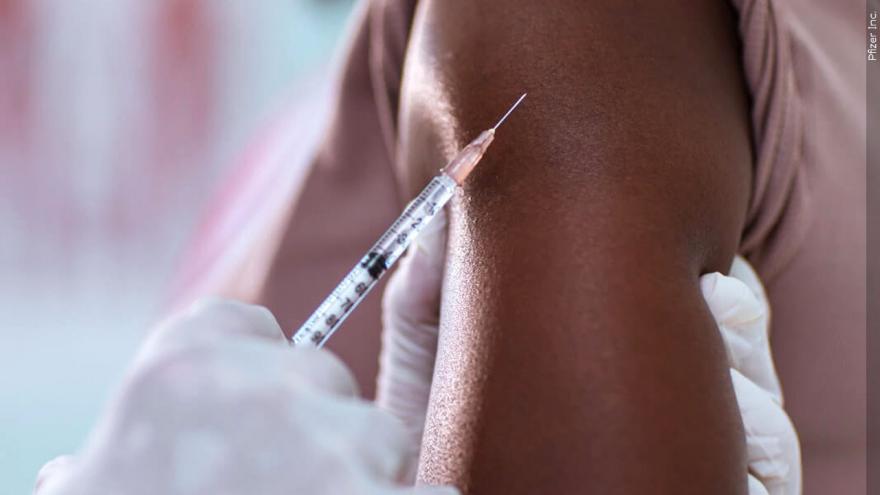 (CNN) -- Pfizer said Thursday it is seeing waning immunity from its coronavirus vaccine and says it is picking up its efforts to develop a booster dose that will protect people from variants.

It said it would seek emergency use authorization from the US Food and Drug Administration for a booster dose in August after releasing more data about how well a third, booster dose of vaccine works.

"Additionally, during this period the Delta variant is becoming the dominate variant in Israel as well as many other countries. These findings are consistent with an ongoing analysis from the Companies' Phase 3 study," it added.

"While protection against severe disease remained high across the full six months, a decline in efficacy against symptomatic disease over time and the continued emergence of variants are expected. Based on the totality of the data they have to date, Pfizer and BioNTech believe that a third dose may be beneficial within 6 to 12 months following the second dose to maintain highest levels of protection."

Israel's health ministry said in a statement earlier this week that it had seen efficacy of Pfizer's vaccine drop from more than 90% to about 64% as the B.1.617.2 or Delta variant spread.

The company said booster doses of its vaccine, developed with BioNTech, produces levels of neutralizing antibodies that are five to 10 times higher than what's produced after two doses.

"The companies expect to publish more definitive data soon as well as in a peer-reviewed journal and plan to submit the data to the FDA, EMA and other regulatory authorities in the coming weeks," Pfizer said in a statement.

And it says it's also developing a new formulation for a booster dose that may more thoroughly protect people from new variants.

"While Pfizer and BioNTech believe a third dose of BNT162b2 has the potential to preserve the highest levels of protective efficacy against all currently known variants including Delta, the companies are remaining vigilant and are developing an updated version of the Pfizer-BioNTech COVID-19 vaccine that targets the full spike protein of the Delta variant," the company said. Current vaccines target just a piece of the spike protein -- the part of the virus it uses to attach to cells.

"The first batch of the mRNA for the trial has already been manufactured at BioNTech's facility in Mainz, Germany. The Companies anticipate the clinical studies to begin in August, subject to regulatory approvals."