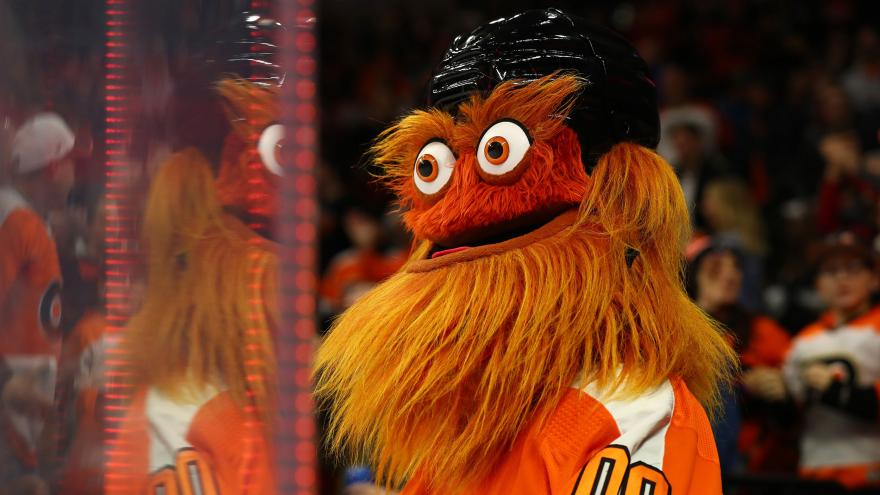 (CNN) -- Police have cleared the Philadelphia Flyers mascot Gritty in a case in which a man alleged Gritty punched his son in the back.

Philadelphia police issued a statement saying an "investigation, which has been completed and is no longer active, determined that the actions of the individual portraying the Flyers' mascot did not constitute physical assault as alleged." The statement did not identify the person who was wearing the Gritty costume at the time.

Chris Greenwell previously told CNN that Gritty struck his 13-year-old son, Brandon, during an event for season ticket holders at the Wells Fargo Center in Philadelphia in November. The Flyers have repeatedly denied this claim.

The Philadelphia Inquirer on Monday quoted him as saying, "I respect the police's decision, but I stand by what my son told me and what I saw, and I just want to put this behind me. Any parent would have done the same if they were in the same situation."

Greenwell previously told CNN that after a Christmas card photo with Gritty, the teenager tapped the mascot on the back of his helmet three times, which the father said prompted Gritty to hit his son in the back, leaving a "red, swollen" bruise.

The father reported the incident to police and requested video footage of the incident, but Comcast Spectacor, owner of the Flyers, said none existed.

"We are pleased that the Philadelphia Police Department concluded there was no merit to the alleged claim," the Flyers said in a statement. "The police department's statement confirms our thorough internal investigation that found no evidence of the described actions ever having taken place."