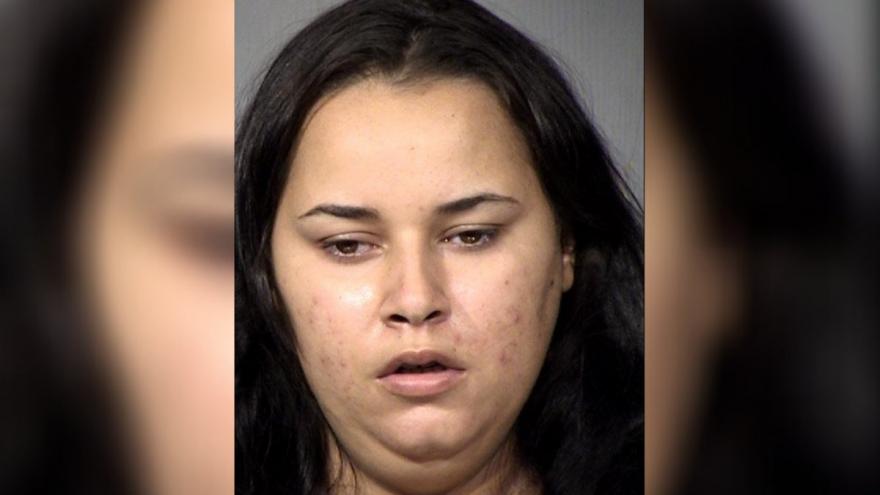 Police responded to a report of a missing child. Credit: KPHO/KTVK
By Jessica Goodman

Phoenix, AZ (KPHO/KTVK) -- Phoenix police have arrested the mother of a 3-year-old girl who was found dead in a car Sunday afternoon.

According to Sgt. Mercedes Fortune, officers responded to a home near 35th Avenue and Thunderbird Road at about 4:30 p.m. Sunday for a report of a missing child.

Police spoke with the mother, 23-year-old Tianna Jones, who told police she was unable to find her keys as they began to search the area for the girl. When police searched her Jones' car, they found the child inside and unresponsive. She was transported to the hospital where she was later pronounced dead.

Jones told police she was out drinking and using drugs the night before and had picked her daughter up around 10:30 a.m. that morning from her mother's home. Both of them were seen on the apartment complex's cameras, according to court records, when they had arrived. They went into the apartment where they had a snack before both of them went to take a nap.

According to police, Jones said she had fallen asleep for about three hours when her daughter walked out of the home and made her way to the car and got inside where she was later found by police.

Police arrested Jones on child abuse charges. The cause of death will be determined by the medical examiner. The investigation is ongoing.