Photos of Prince Louis, Princess Charlotte shared by their mother 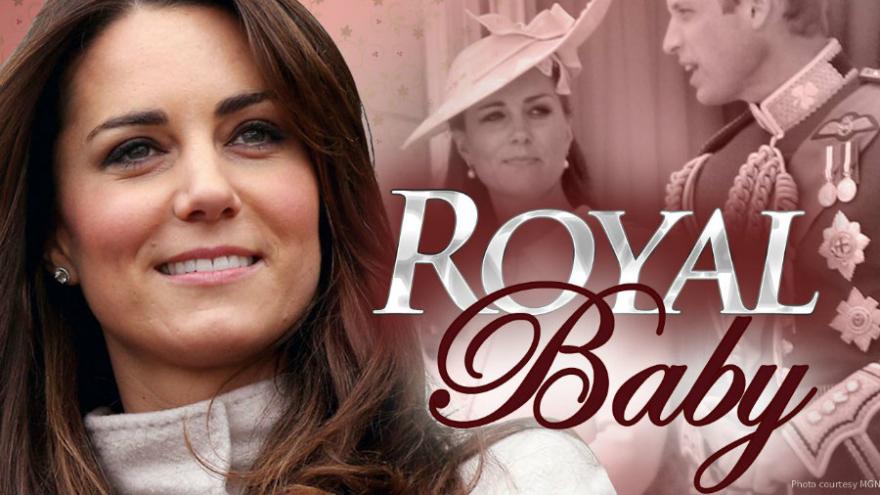 (CNN) -- Pictures of Britain's newest royal, Prince Louis, and his big sister, Princess Charlotte, have been shared by Prince William and Catherine, Duchess of Cambridge. 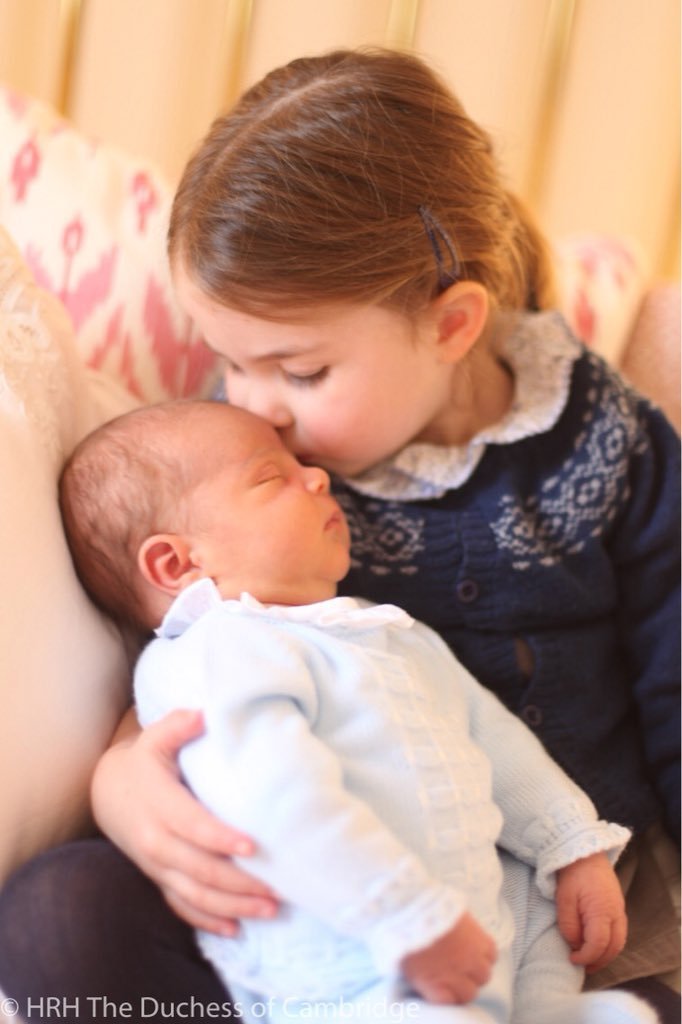 The two photographs, released early Sunday, were taken by Catherine at Kensington Palace in London, where the family lives.

One, taken April 26, shows Prince Louis at just 3 days old. He's dressed in white and lies on a white pillow, his eyes open.

The second, showing Charlotte holding Prince Louis and kissing him on his head, was taken May 2 as the princess marked her third birthday. She wears a blue cardigan and has her arm underneath her brother, whose eyes are closed.

"The Duke and Duchess would like to thank members of the public for their kind messages following the birth of Prince Louis, and for Princess Charlotte's third birthday," said a statement from Kensington Palace on Twitter.

The images are the first of Louis to be released since William and Kate posed with him outside the London hospital where he was born April 23.

The Duke and Duchess of Cambridge have sought to protect their young family's privacy in order to give them as normal a childhood as possible.

But it's not the first time that Kate, who studied art history at university, has shared her own family photographs with the world.

Last year, for Charlotte's second birthday, Kensington Palace tweeted an image of the rosy-cheeked toddler taken by her mother at their residence in Norfolk, in England's east. The palace also released photos by Catherine ahead of the princess' first birthday.

In June 2015, Catherine shared the first public images of Prince George with his baby sister, followed by pictures of a 6-month-old Charlotte later that year, all taken herself.