Picnic fever is surging. A decades-old basket brand thinks it can make a comeback 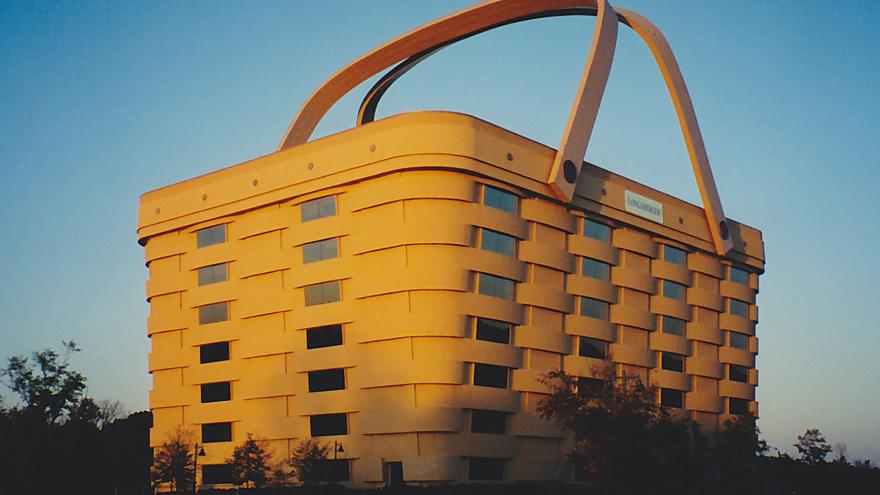 For decades, a Longaberger basket was regarded as a status symbol. The baskets, which sold anywhere from $20 to over $100, were handcrafted using strips of maple wood, and each was dated and signed by its maker. The company employed thousands of independent sales people who took their inventory of baskets to home shows, or gatherings similar to Tupperware parties, where the host would invite friends and family to buy them.

But the baskets eventually fell out of fashion. The Longaberger Company, a family business in Dresden, Ohio, that made them, filed for bankruptcy in 2018 and liquidated the following year.

"To us, the Longaberger basket never died," said Xcel Brands CEO Robert D'Loren, who served on Longaberger's board of directors from 2006 to 2008.

It just needed to be updated and marketed differently, he said.

Xcel Brands relaunched the Longaberger baskets on home shopping channel QVC in November, and adopted an online sales strategy. Instead of salespeople selling the baskets at home shows as they once did, D'Loren said theywill now sell the baskets (which are priced from $49 to $195) through digital storefronts.

Perhaps the biggest mistake the company made in the past was failing to adapt to how consumers were gravitating to online shopping, said D'Loren.

D'Loren said he has no plans to remove the network of independent sellers for the brand. What's different now is that the selling process is online and supported by video and live streaming content.

"The most powerful form of selling is through product demonstrations by passionate people," he said, adding that the brand currently has 3,500 salespeople, or "stylists," and plans to rapidly add more.

The updated approach is showing some early success, said D'Loren. "To date we have sold out of all new basket collections well ahead of anticipated demand," he said.

At its height, The Longaberger Company, founded in 1973 by Dave Longabergerreached $1 billion in sales, according to D'Loren.

At its height, it had more than 8,000 employees and its baskets were sold through a network of tens of thousands of independent sales people, much like Avon or Tupperware.

Its headquarters was located in a building shaped like a giant picnic basket, which still exists and is now a popular state landmark and tourist stop.

After Longaberger's death in 1999, the the business took a turn, D'Loren said. As the economy headed into a recession post-9/11, pricey picnic baskets weren't top of mind purchases for consumers struggling to hold on to their jobs.

The company started to unravel over the next couple of years and laid off hundreds of workers, D'Loren said.

In 2013, in its 40th year of business, The Longaberger Company was acquired by a Dallas-based holding firm CVSL which later became JRJR Networks. It continued to produce the handmade baskets.

But even under the new ownership, basket sales dwindled until Longaberger filed for bankruptcy and went out of business.

That could have spelled the end of the brand if Xcel Brands, whose portfolio includes other struggling retail brands like Isaac Mizrahi, Judith Ripka and C. Wonder, hadn't stepped in late last year.

Xcel is changing up Longaberger's strategy. In addition to bringing back the baskets, Longaberger now offers a variety of home décor, kitchen, and lifestyle products like tableware and cushions in order to appeal to a broader demographic.

Its basket portfolio includes classic designs and new collections feature limited-run and holiday-themed collections. "We will be adding unique baskets for holidays like Easter and Fourth of July," D'Loren said.

Picnic craze in the pandemic

There are early indicators that timing is working in favor of the Longaberger revival.

Two websites that sell previously-owned Longaberger baskets say demand for picnic baskets in general has surged in recent months, helped by increased interest in picnics in the pandemic.

On Mercari, searches for picnic baskets have skyrocketed 455% year-over-year, according to the company. Poshmark, another popular resale marketplace, said picnic basket demand on its site has also soared through the summer. Some vintage baskets sell for $300 and higher.

Sales of the Longaberger baskets have jumped 96% in recent months on Poshmark compared to last year.

The timing couldn't be better for Longaberger's revival as consumers embrace a more outdoor lifestyle while staying close to home, said Marshal Cohen, a retail expert and chief industry analyst with NPD Group.

Even so, he said it could be a challenge to get consumers who didn't grow up with the brand to become fans.

"The growth in outdoor [activities] comes in the form of new consumers to the world of picnics, and the [Longaberger] heritage is not as strong to that market," said Cohen. "It's not as easy as just turning on the faucet."