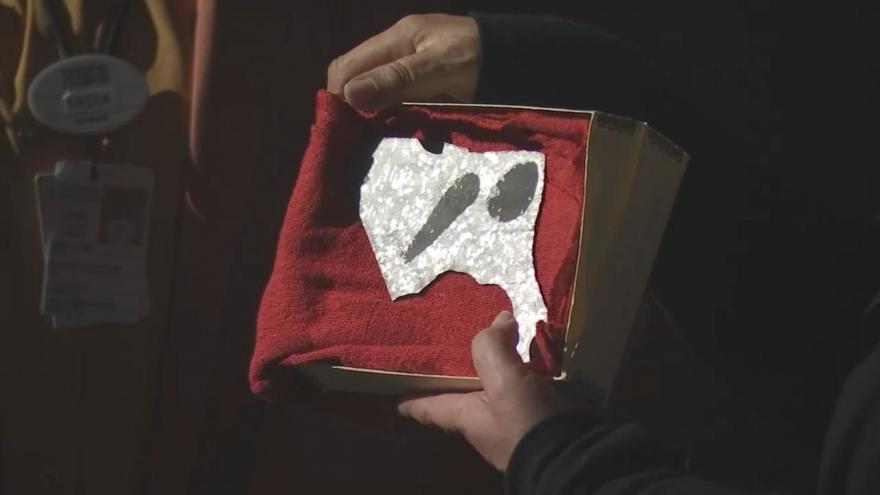 Mcminnville (KPTV) -- A ceremony was held Friday morning at the Evergreen Aviation & Space Museum as a small piece of a sacred meteorite was returned to the people of the Confederated Tribes of Grand Ronde.

The meteorite Tomanowos is thousands of years old and weighs 4.5 ounces.

It was found in 1902 on the property of the Oregon Iron & Steel Co. The meteorite was then purchased for $26,000 and donated to the American Museum of Natural History in New York City.

The meteorite became a part of the Evergreen Aviation & Space Museum collection in 2016 after it was purchased at auction by the founder of the museum.

Tomanowos has cultural significance to the Grand Ronde Tribe.

"It was, we believed, was sent to us. Tomanowos basically means it's sent to you like your helper, and so Tomanowos has healing properties for us. So we would go there to have healing ceremonies, we would gather there, it was very sacred to us," said Grand Ronde Tribal Chairwoman Cheryle A. Kennedy.

The Tribe is planning an exhibit on Tomanowos at its Chachalu Museum & Cultural Center. It is scheduled to open later this spring.