Pilots complained about the 737 Max in a federal database 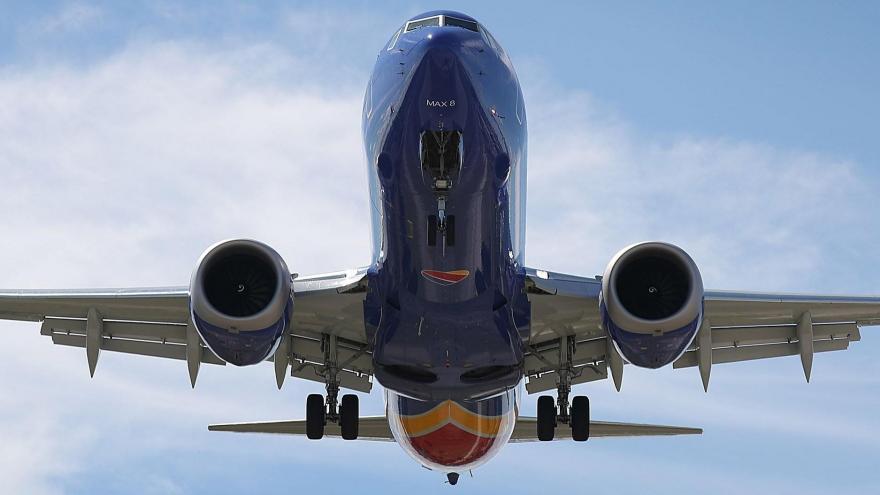 US pilots who fly the Boeing 737 Max have registered complaints about the way the jet has performed in flight, according to a federal database accessed by CNN.

(CNN) -- US pilots who fly the Boeing 737 Max have registered complaints about the way the jet has performed in flight, according to a federal database accessed by CNN.

In one of the complaints, a captain reported an autopilot anomaly which led to a brief nose-down situation -- where the front of the aircraft pointed down, according to the federal database. In another complaint, a first officer reported that the aircraft pitched nose down after the autopilot was engaged during departure. The autopilot was then disconnected and flight continued to its destination, according to the database.

Although the data doesn't identify the pilots or their airlines, two US carriers fly the 737 Max 8: American Airlines and Southwest.

Extraordinary worldwide attention has been focused on the jet -- Boeing's biggest-selling airliner -- after Sunday's crash of a new Ethiopian Airlines 737 Max 8, minutes after takeoff from Addis Abba, which killed all 157 people on board. Ethiopian Airlines Flight 302 was the second deadly crash of the same new plane type within five months. The crash of Lion Air Flight 610 shortly after takeoff from Jakarta last October killed all 189 people on board.

It's very early in the investigation of the Ethiopian Airlines crash and information from the flight data recorder and cockpit voice recorder, which have been recovered from the crash site, has not yet been analyzed. Because of that, it's too soon to know if direct evidence exists linking the two plane crashes.

Nonetheless, much of the world's aviation regulators have grounded the 737 Max -- either the Max 8 or both the 8 and 9 version -- which is a longer model of the Max flown by US-based United Airlines. All three airlines say the plane is safe and have continued to fly it. The FAA has so far declined to ground the plane.

Southwest Airlines' pilots union is standing by the airline's decision to continue to fly the Max. Southwest has 34 737 Max 8s -- the largest fleet in the US. American operates 24 Max 8s and United flies 14 Max 9s.

Other pilot complaints from the federal database include a report saying it is "unconscionable" that Boeing, the US aviation regulatory agency (the Federal Aviation Administration) and the unnamed airline would have pilots flying without adequate training or sufficient documentation.

The same entry also charges that the flight manual "is inadequate and almost criminally insufficient."

The reports may offer evidence that pilots in the US may have experienced something related to what happened in the Lion Air tragedy.

Investigators in the Lion Air crash suspect it may have been caused by an angle of attack (AOA) sensor on the outside of the plane which transmitted incorrect data that could have triggered automated flight software called the Maneuvering Characteristics Augmentation System (MCAS) that forced the plane's nose down.

In November, after the Lion Air crash, Boeing issued an "Operations Manual Bulletin" advising airline operators how to address erroneous cockpit readings. It pointed airlines "to existing flight crew procedures to address circumstances where there is erroneous input from an AOA sensor," a Boeing statement said. The FAA later issued its own emergency airworthiness directive that advised pilots about how to respond to similar problems.

In a statement to CNN on Wednesday, American Airlines said it complied with November's FAA Emergency Airworthiness Directive and the fleet has "not had similar issues regarding an erroneous Angle of Attack during a manual flight." The carrier's Max 8 jets have "a combined total of more than 46,400 operating hours," the statement said, and have completed nearly 18,000 flights since they were added to the fleet in 2017.

The Ethiopian Airlines CEO said Tuesday that both pilots of Flight 302 had been trained and briefed on the FAA directive after the Lion Air crash.

"There was training" with emphasis "on MCAS and also on the flight controls in general," he said.

But the "similarities are substantial" in both accidents, GebreMariam said, adding that there are a lot of questions to be answered about the airplane.

CNN has reached out to the FAA and Boeing for comment, but has not heard back.