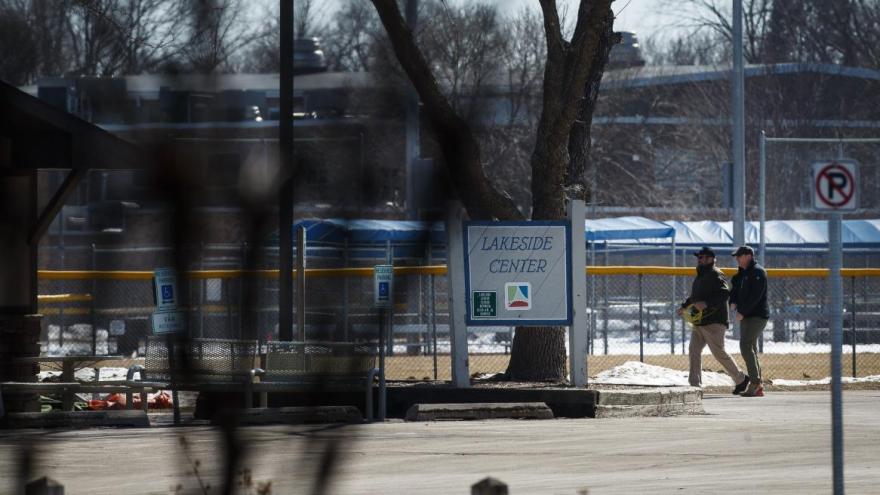 Ankeny Police investigate the scene at the Lakeside Center in Iowa.

(CNN) -- A live pipe bomb was found at an Iowa community center serving as a polling place for a special election on Tuesday morning, Ankeny Police confirmed in a statement.

Police said they responded to a call about a suspicious device at 9:25 a.m. outside the Lakeside Center in Ankeny, which was being used as a polling place for the Ankeny Community School District special election.

According to the statement from police, the building was evacuated and a perimeter was established. The device was determined to be live and it was "rendered safe" by a technician from the state Fire Marshal's office at about 11:50 a.m.

Agents from the local ATF and FBI offices were at the scene as well, according to the statement.

Police say that there have been no other pipe bombs or devices found or reported in the city. An investigation is ongoing, according to Ankeny Police.

Polk County Auditor and Commissioner of Elections Jamie Fitzgerald said on Twitter that a couple of alert people walking their dog noticed the device. He said it was not clear how long the device had been at the site and that it may not have been election-related.

"At this time, there is no evidence that the polling place was the target of the pipe bomb," Iowa Secretary of State Paul Pate said in a statement. "There is no indication of an ongoing threat to Iowa polling places."

Voters who tried to vote at the Lakeside Center were instead directed to other voting locations, Fitzgerald said. A total of 1,470 people voted in Ankeny in the election for an unofficial turnout of about 3 percent.