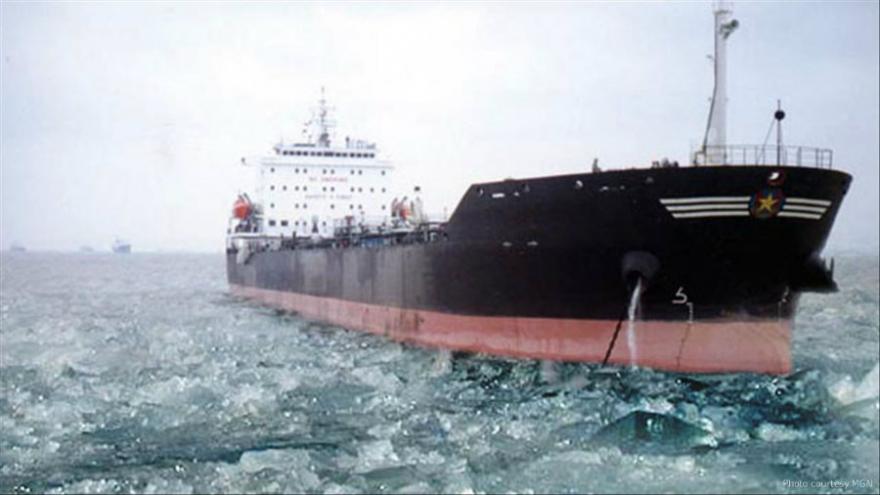 (CNN) -- Pirates have released 22 Indian nationals taken captive after their oil tanker was boarded off the coast of West Africa last week.

The vessel, Marine Express, was carrying more than 13,000 tons of gasoline when it went missing in the Gulf of Guinea, according to a statement from the Anglo Eastern, the ship's managing company, which said it lost contact with the vessel on Thursday.

"(The managers of) Marine Express, which was the subject of a pirate attack and seizure on February 1st are pleased to report that the vessel was back under the command of the Master and Crew," Anglo Eastern said in a statement.

All crew members, as well as the cargo, are "safe and well," the company said.

"A full investigation will take place into the hijack of the vessel and Anglo Eastern wishes to express its gratitude to the officers and crew of the Marine Express and their families for their courage and fortitude in dealing with this difficult situation over the past 6 days," the statement said.

Sushma Swaraj, Indian's Minister for External Affairs, said the vessel had been "released" and thanked the governments of Nigeria and Benin for their support in the search.

In a recent report, the International Maritime Bureau, a nonprofit devoted to fighting crime at sea, said maritime piracy and armed robbery reached a 22-year-low last year, but danger persists in the Gulf of Guinea.

"Although the number of attacks is down this year (2017) in comparison with last year, the Gulf of Guinea and the waters around Nigeria remain a threat to seafarers," said Pottengal Mukundan, director of the bureau.

The Gulf of Guinea leads the world in the number and severity of incidences of piracy, according to the nonprofit.