Plane breaks apart after skidding off runway in Turkey 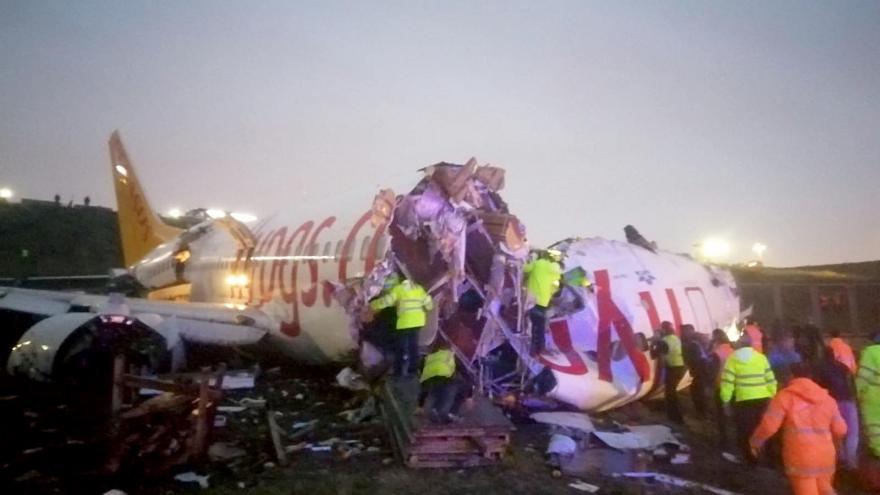 (CNN) -- An airplane skidded off the runway and broke apart while landing at Istanbul's Sabiha Gokcen airport, according to CNN Turk.

Turkish media showed the broken plane, and passengers being evacuated.

The Pegasus Airlines plane was carrying 177 people and six crew members, many of whom were injured, according to the Turkish Transportation Ministry.

"There has been no loss of life, the injured passengers are being evacuated off the plane to hospitals," Turkish Transportation Minister Cahit Turan said Wednesday.

The plane caught fire after landing, and ambulances and rescue teams were at the scene to rescue passengers, CNN Turk reported.