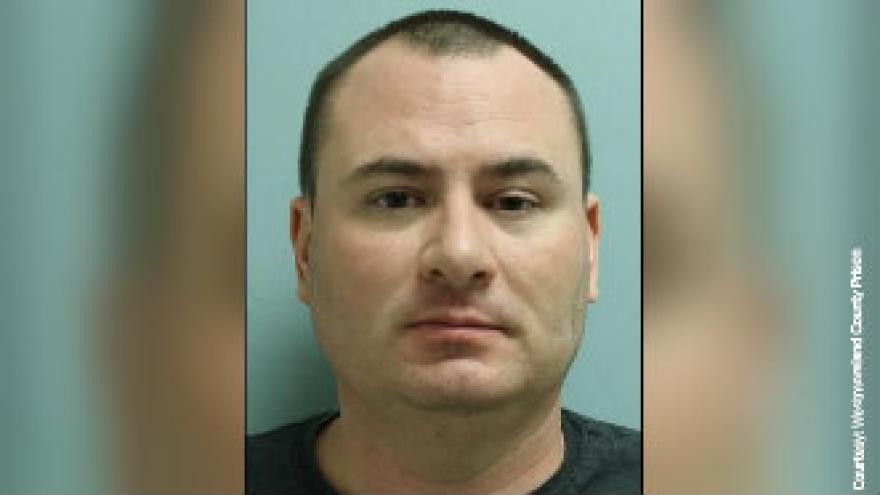 Before long, that officer got a response from a purported 14-year-old girl. And the age didn't dissuade him, authorities said.

"... everyone has to have a first time," the officer responded, according to a criminal complaint. "... you will just have to get me naked tomorrow."

But the officer sending those crude messages wasn't just any cop -- he was Michael William Diebold, the police chief of Leechburg, Pennsylvania, investigators say.

And that 14-year-old girl wasn't really an eighth-grader. It was a special agent for the state attorney general's Bureau of Criminal Investigations.

When Diebold tried to meet the (fictional) girl on Friday, he was instead met by fellow law enforcement officers. The 40-year-old police chief was arrested and faces several charges, including unlawful contact with a minor related to sexual offenses.

Bail was set at $500,000. Diebold remained in custody Sunday at Westmoreland County Prison in Pennsylvania.

It was not immediately clear whether Diebold has an attorney.

The Leechburg Police Department did not respond to a message Sunday asking about Diebold's employment status. But the police department's website Sunday still showed Diebold leading a police force of three full-time officers, including himself.

'This case is particularly heinous'

Before his arrest, the police chief was somewhat of a local celebrity. After losing his arm in a fireworks accident last year, Diebold married his fiancee in a ceremony featured on TV, CNN affiliate WTAE reported.

But the following year, Diebold was online soliciting sexual acts, according to the criminal complaint against him.

"I am a dom male that is also employed as a full time police officer. I hope that does not scare you off," Diebold posted, according to the complaint.

"I am looking for a female sub for ongoing play sessions. I do not have a set type of woman so any age, race or status may email me. I respect any and all limits and you do not need to be experienced."

Daniel Block, the special agent posing online as the 14-year-old girl, repeatedly stated the age, Block wrote in an affidavit. But he said Diebold's advances continued.

"... what are you wearing right now, proof that you are serious would be a bra and panty pic right now," the police chief wrote, according to Block's affidavit.

On December 29, Diebold allegedly sent several images to the undercover officer, including photos of an erect penis in various stages of undress.

After Diebold asked to meet the girl in person -- and was subsequently arrested -- "Diebold admitted to being the individual who was communicating with the purported child during all the communications," the affidavit states.

"Diebold admitted that he knew that sexual contact with a 14-year-old child was wrong and illegal and that his life was totally over."

Pennsylvania Attorney General Josh Shapiro said the police chief's case shows his office "will prosecute any offender to the fullest extent of the law, no matter who they are."

"This case is particularly heinous because the perpetrator is a public official, sworn to serve and protect the community," Shapiro said in a statement. "Thanks to the hard work of the agents and prosecutors in our Child Predator Section, one more predator is off our streets."