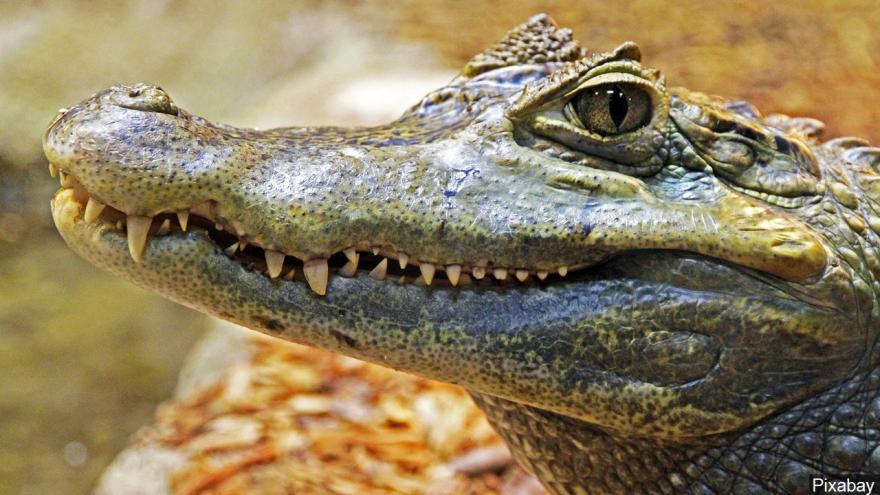 (CNN) -- Turns out so-called "meth gators" aren't a thing after all.

A police department in Tennessee caused quite the stir on social media last week when it posted a warning asking residents to stop flushing drugs down their toilets and sinks because of fears that it could create meth gators.

"Let us be perfectly clear: the meth gator was a humorous illustration used to highlight the dangers of flushing drugs and other substances down your toilet," the Loretto Police Department wrote on Facebook on Friday. "Alas, the meth-gator is not real. Let's say that again: THE METH GATOR IS NOT (at this time) REAL."

The department's police chief was interviewed by media organizations all over the world, the post says, and he also took calls "from professionals fearing we actually had a meth-influenced gator in our custody."

The police will sell a 'meth gator' T-shirt

The meth-gator meme started after the Loretto police wrote on social media about a man who unsuccessfully tried to flush methamphetamine and paraphernalia at his home. The man was arrested, but police say this is becoming a bigger issue for the city because drugs in the sewer system end up in retention ponds for processing before they are sent downstream.

Loretto Police urged residents to bring any drugs, including prescription medication, into their offices for proper disposal instead of flushing.

The department is now trying to turn the confusion over its joke into something positive. It soon plans on selling T-shirts featuring the meth-gator meme to raise money for charity.