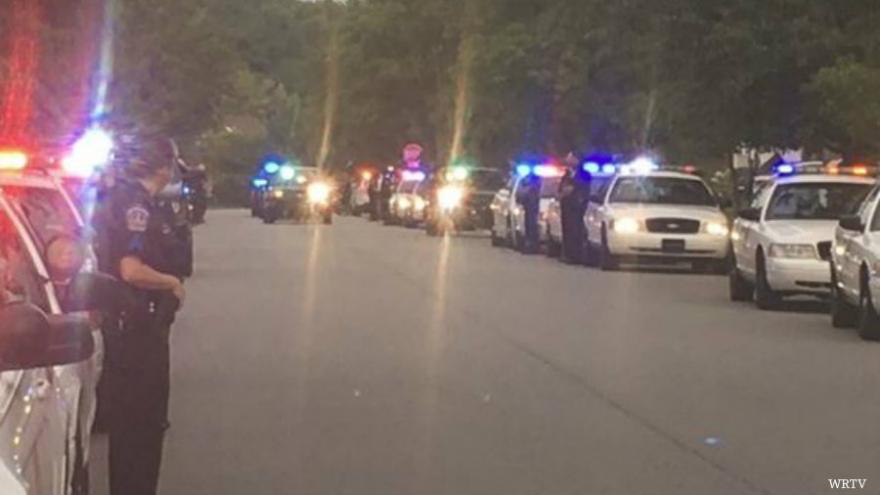 INDIANAPOLIS, Ind. (AP) — Dozens of police officers escorted the son of a slain Indiana police officer to his first day of first grade.

Southport Police Lt. Aaron Allan was fatally shot July 27, 2017, hours after he held his son Aaron Jr.'s hand and walked him to a bus stop for his first day of kindergarten.

Vaughn says, "We wanted little Aaron to know he is part of a huge family and we are going to be there for him."

Aaron Jr., his mother, Stacy, and some friends rode in Vaughn's car. Vaughn says the boy smiled and watched cartoons during the ride.

Lt. Allan was shot helping a driver after a crash.