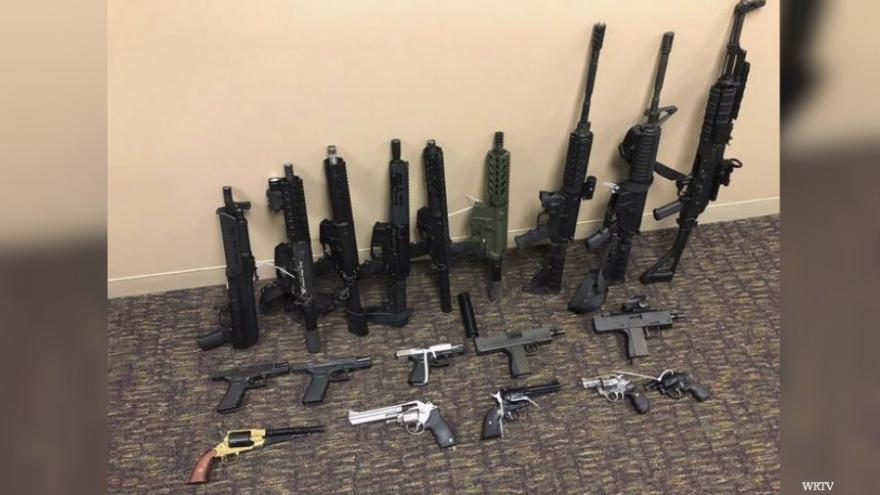 INDIANAPOLIS, Ind. (AP) — Authorities seized nearly two dozen firearms and more than $19,000 in cash from an Indianapolis home where six children were present.

Police say Friday that all of the children are age 14 or younger.

The officers were assisting Marion County Corrections officials Thursday morning when they saw illegal narcotics inside the home.

According to our ABC affiliate in Indianapolis (WRTV), police found:

A 29-year-old man and a 28-year-old woman face child neglect, firearm possession and other charges.