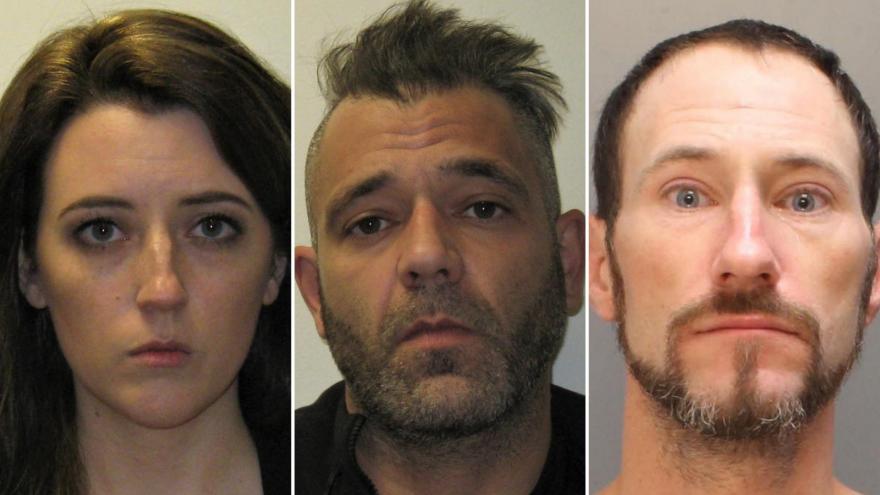 (CNN) -- GoFundMe has made refunds to thousands of people who donated money to a feel-good story that police say turned out to be an elaborate scam.

A New Jersey couple and a homeless man are accused of concocting the scheme, which raised more than $400,000.

"All donors who contributed to this GoFundMe campaign have been fully refunded. GoFundMe always fully protects donors, which is why we have a comprehensive refund policy in place," said GoFundMe spokesman Bobby Whithorne. The campaign had attracted some 14,000 donors.

The couple had said they met Bobbitt when he gave his last $20 to McClure, who was stranded on Interstate 95 in Philadelphia, so she could put gas in her car, then started the GoFundMe campaign as a way to thank him.

"The paying-it-forward story that drove this fundraiser might seem too good to be true," Burlington County Prosecutor Scott Coffina said at a news conference last month. "Unfortunately, it was. The entire campaign was predicated on a lie."

After fees, the proceeds of the campaign netted about $367,000, all deposited into McClure's accounts, Coffina said. Bobbitt received $75,000, and within months McClure and D'Amico had "squandered" their share to buy a car, high-end handbags and trips, Coffina said. They also used it at casinos, he said.

Coffina stressed that while Bobbitt, a veteran, deserves thanks for his service to the country and sympathy for his situation, he was fully complicit in the crime, making media appearances to help "promote the fraudulent campaign."

According to Coffina, McClure and D'Amico first met Bobbitt at an off-ramp near a casino they frequented, at least a month before the GoFundMe campaign went live.

Investigators reviewed more than 67,000 text messages in the case, including one McClure sent to a friend that read, "Okay so wait the gas part is completely made up, but the guy isn't. I had to make something up to make people feel bad."

In other texts, the couple discussed their inability to pay bills and their mounting debts.

"It's important to understand that misuse is very rare on our platform," Whithorne said. "Campaigns with misuse make up less than one tenth of one percent of all campaigns. We have a zero tolerance policy for fraudulent behavior. If fraud occurs, donors get refunded and we work with law enforcement officials to recover the money."

According to its website, the company has a Trust and Safety team that reviews GoFundMe campaigns around the clock and works to prevent fraud. It also guarantees a refund for donors in case "something isn't right" with a campaign, the site says.