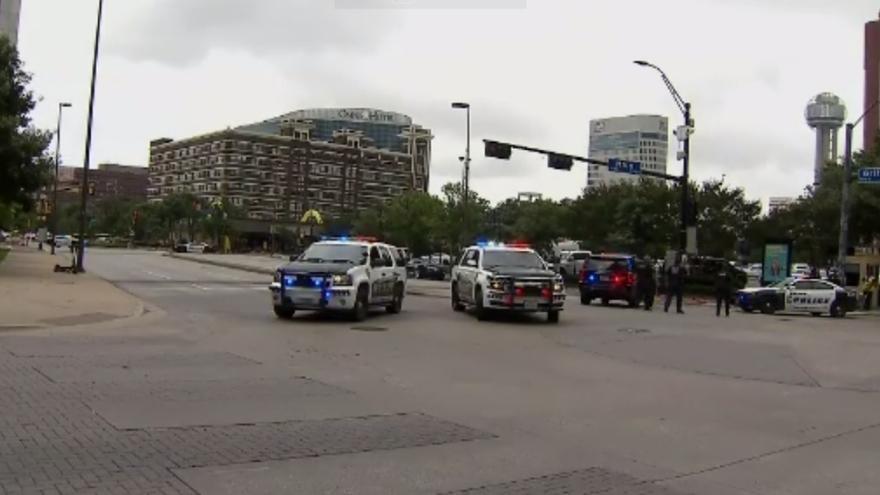 (CNN) -- A man opened fire at a federal courthouse in Dallas on Monday before he was shot and killed by federal officers, authorities said.

No officers or other citizens were injured at the shooting near the Earle Cabell Federal Building, police said.

The gunman, identified as 22-year-old Brian Isaack Clyde, was taken to a hospital where he was declared dead, according to FBI special agent in charge Matthew J. DeSarno.

Police also said a bomb squad was preparing to do a controlled explosion of the suspect's vehicle. DeSarno said there was no indication that there are other shooters or threats.

One witness told CNN affiliate KTVT that he was walking into the courthouse when a group of people ran out and he heard about 10 to 15 gunshots in rapid succession. Don Miles, said he turned and ran across the street to safety.

"It was just a whole lot of shots going on," Miles said. "It scared me to death."

Another witness, Herman Turner, told KTVT that the gunman was wearing fatigues and his face was covered by a mask.