Police in Australia are accusing 24 people of deliberately setting bushfires 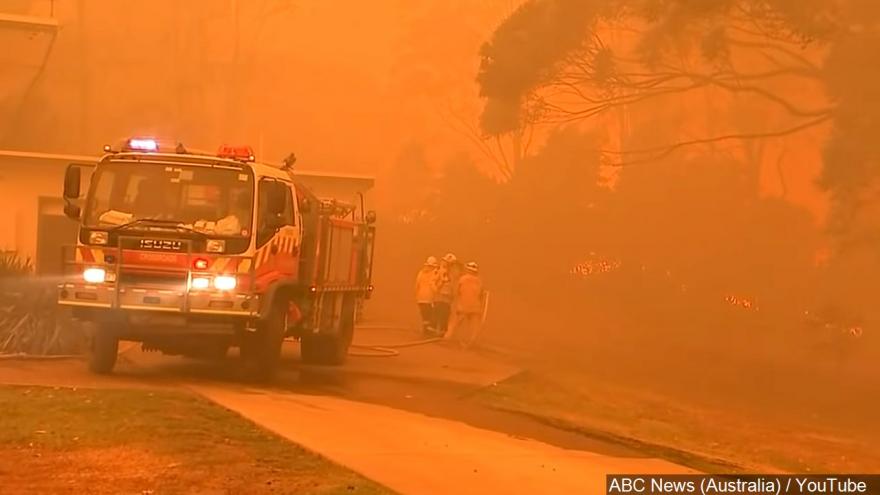 (CNN) -- The Australia wildfires are a countrywide catastrophe, mainly caused by drought and extreme heat, but dozens of people are directly to blame for some of the problem, officials say.

Police have charged at least 24 people for intentionally starting bushfires in the state of New South Wales, according to a statement the New South Wales Police released Monday.

NSW Police have taken legal action against 183 people, 40 of whom are juveniles, for fire-related offenses since November 8, the statement said. The legal actions range from cautions to criminal charges.

Out of those 183 people, 53 have received cautions or criminal charges for failing to comply with a total fire ban and 47 are accused of discarding a lit cigarette or match on land, according to the police statement.

At least 24 people have died nationwide during this fire season. While the fires have touched every state in Australia, New South Wales has been the hardest hit.

The blazes have been burning across Australia for months, scorching homes and destroying entire towns. Nearly 18 million acres of land have been burned -- most of it bushland, forests and national parks, which are home to the country's native wildlife.

Nearly half a billion animals have been affected by the fires in NSW alone and millions of them are potentially dead, according to ecologists at the University of Sydney. Birds, reptiles and mammals, except bats, are among those affected. Insects and frogs aren't included in that number.

Police are cracking down on the burn ban across the state. On Sunday, a man was charged after power tools he was using allegedly sparked a fire in Mount Druitt, according to NSW Police.

Three people were charged with breaching the fire ban over the weekend. Fire services put out fires in two different towns started for cooking purposes, NSW Police said. Another man was charged after authorities found several fires lit on his property in another town.

In November, the NSW Rural Fire Service arrested a 19-year-old volunteer member on suspicion of arson, charging him with seven counts of deliberately setting fires over a six-week period.