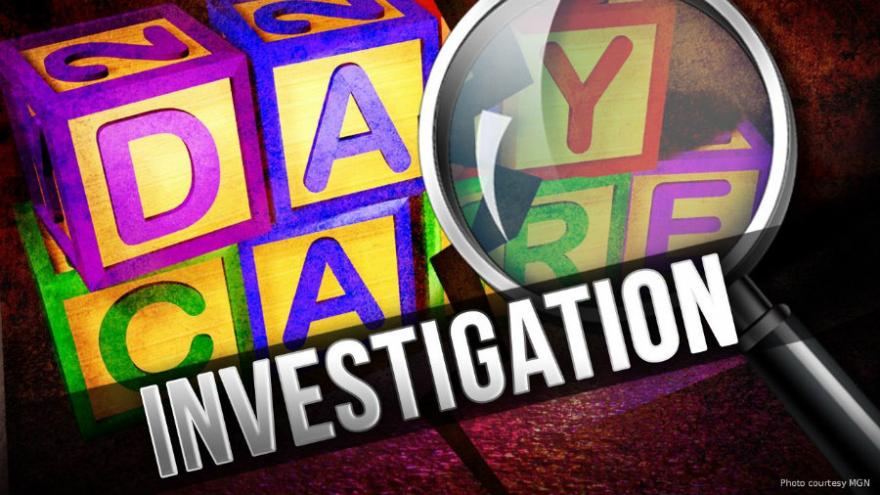 INDIANAPOLIS (AP) — A 1-year-old Indianapolis boy was apparently attacked at a daycare center, leaving his lips, eyes and face horribly swollen and sparking a police investigation.

The boy's mother, Tiffany Griffin, said she was summoned to the daycare Monday afternoon a few hours after dropping her two sons off there and was so outraged by her younger son Jesse's scratched and bloody face that she punched a daycare worker.

Griffin told WXIN-TV that her son was hospitalized for his injuries.

Indianapolis police spokesman Officer Aaron Hamer said Tuesday that detectives are investigating, but that no arrest has been made.

The owner of the Kiddie Garden daycare, Haben Ghebremichael, told The Associated Press that a 2-year-old girl had attacked Griffin's son and that girl had blood on her hands afterwards. While it's not uncommon for that girl to act out, she said Tuesday that, "the extent of the injuries just blows our minds."

Kiddie Garden is a licensed daycare and was last inspected in October 2017, WXIN-TV reported.

Griffin said she doesn't believe the 2-year-old girl attacked her son, saying that child "was small and she didn't look like she was the violent type."

She said that when she showed a photo of her son's swollen face to the girl's mother, that woman "started crying and said her baby wouldn't do anything like that."

Griffin said she isn't sure if she can ever leave her children in someone else's care again.

"I couldn't protect him and I was trying to do what's best for my kids like going to the doctor, taking care of my health and going to school," she said.