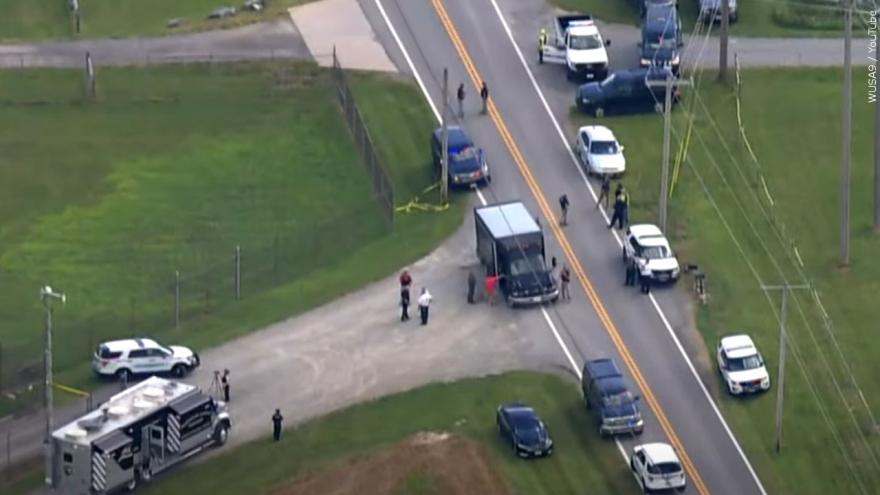 (CNN) -- Three people were killed Thursday in a shooting at a manufacturing plant in Smithsburg and a state trooper was shot in the shoulder, according to Maryland Gov. Larry Hogan. The governor said he did not know the status of the shooter.

"The State Police responded, pursued the suspect, suspect fired and shot the state trooper in the shoulder, who then returned fire and shot him back," Hogan said at a news conference on Covid-19.

Columbia Machine is a manufacturer of concrete products equipment, according to their website.

Smithsburg is about 75 miles west of Baltimore.

Earlier, Lt. Joshua McCauley of the Washington County Sheriff's Office said the scene remains active but that there is no threat to the community.

CNN has reached out to additional authorities for more information.

The Bureau of Alcohol, Tobacco, Firearms and Explosives office in Baltimore tweeted that special agents are assisting the sheriff's office with the incident.