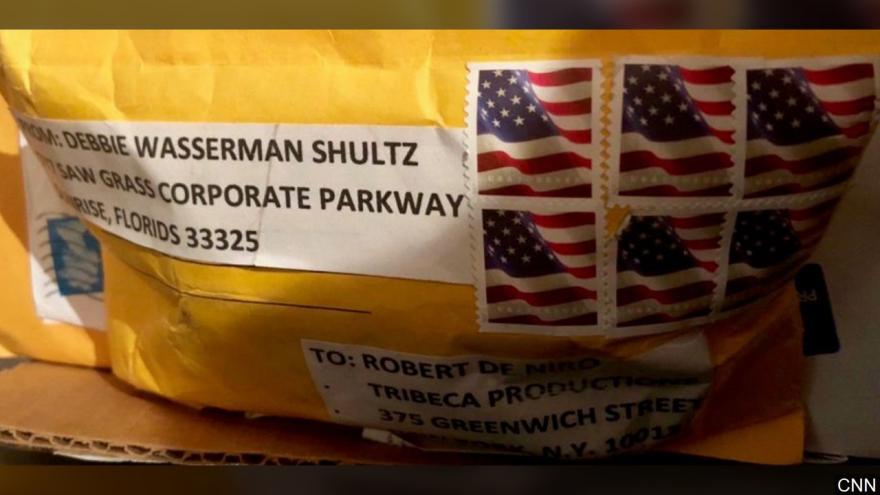 The package has markings similar to the pipe bomb packages recently mailed nationwide to top Democrats, the sources said.

Police were called at 4:45 a.m. Thursday about the package, which was on the building's seventh floor.

Like most of the other packages, the return address was that of Democratic US Rep. Debbie Wasserman Schultz of Florida, the sources said. There is no information to suggest she sent the packages.

And, just as the other packages, the one sent to De Niro had six American-flag stamps arrayed in two rows. No postmark is visible on the front of the De Niro package, similar to some of the others, the sources said.

None of the bombs in the other packages detonated, and no one was injured.