Police Officer Risks His Life to Save Boy from Frozen Pond 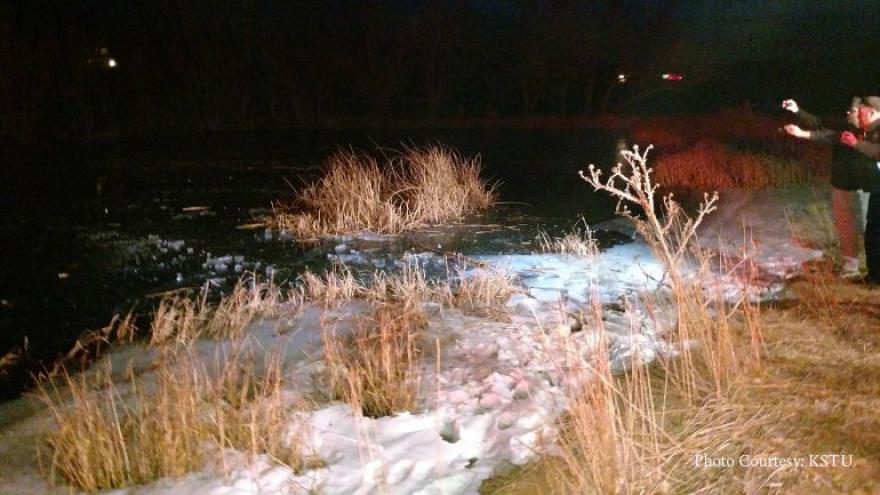 New Harmony, Utah (KSTU) -- A police officer punched his way through the ice of a frozen pond to pull an 8-year-old boy from under the water Monday.

Lt. David Crouse of the Washington County Sheriff's Office said emergency crews responded to a report of a child who had fallen through the ice into a pond just after 5 p.m. in New Harmony, which is south of Cedar City in southern Utah.

Crouse said an 8-year-old boy was chasing a dog and fell through the ice. Another boy who was watching this happen went and tried to help the child, but was unable to get him out of the water.

At that point, the other child went for help. Sergeant Thompson with the Washington County Sheriff's Office was the first on scene, and LifeFlight along with EMS and a search and rescue dive team were on the way.

Sergeant Thompson "made the personal decision" to attempt a rescue without the use of any specialized equipment, a press release states.

After removing his police gear, Thompson went into the water and he used his arms to punch through the ice in order to create a pathway to the victim, who was about 25 feet away from the shore.

"He and another citizen were actually able to break through the ice, go into the water, and retrieve the boy out of the pond," Lt. Crouse said. "He was taken to a nearby ambulance."

LifeFlight arrived on the scene and the boy was flown to a hospital in St. George. As of about 8 p.m., the boy was still being treated but no specific details about his condition were available.

Crouse said the sergeant suffered minor cuts and abrasions on his arms while punching through the ice, and he is also being treated for symptoms of hypothermia.

The sheriff's office provided a photo of the scene along with this description: "The victim was located near the far side of the grass growing in the pond. Looking at the photograph you can see the pathway traveled by Sergeant Thompson from the shoreline, circling around the left side of the grass patch. "