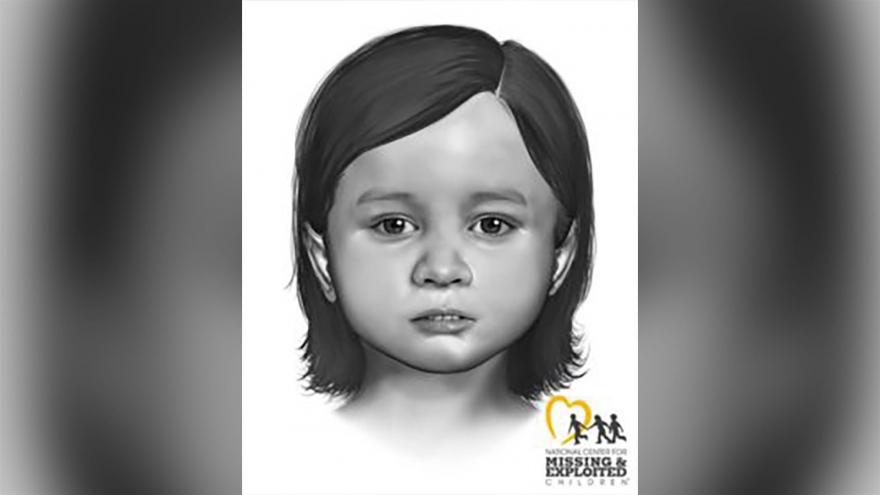 (CNN) -- A young girl's body was found near a softball field in rural Delaware in September. Now, police are hoping reconstructed images of her face will help identify the child.

The images were created by a forensic artist from the National Center for Missing and Exploited Children. Her case is one of nearly 700 cases of unidentified children remains that the nonprofit is working to identify.

Authorities believe she was 2 to 5 years old, had brown, wavy hair and was either white or Hispanic. An examination of her bones suggested she had at least one chronic illness, Smyrna police said.

Her body was found after a dog on a walk returned with a bone. When investigators confirmed it belonged to a human, they discovered the girl's unburied and uncovered remains, CNN affiliate WPVI reported.

That discovery was made likely several weeks after she had died, according to police.

But no missing child reports had been filed at the time, the Delaware News Journal reported, so police recruited the center to help identify her.

"As this investigation continues, we are still seeking tips from the public about the child's identity and any possible suspect information," police said in a news release.

They are encouraging tipsters who may have information about the child's identity or suspects in her death to contact the department, Crime Stoppers or the National Center for Missing and Exploited Children.

Those tipsters may remain anonymous.