Police rescue dog abandoned in car for at least 4 days 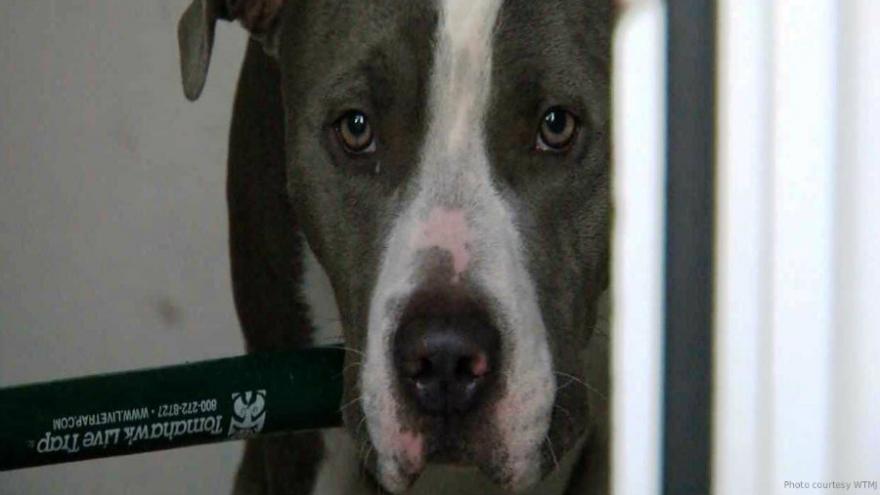 TODAY'S TMJ4's crews were there just in time to see the rescue as police broke into the truck at 17th and National Avenue.

Parking tickets on the windshield show it had been there since Saturday. As of Tuesday morning, the car still remains at that location.

There was no food or water inside, but the seats were soiled with feces.

Despite all of this, the dog seemed to be in good spirits.

Doctor Libby Gutting checked him out. She tells us you should call police if you see a dog alone in a vehicle for more than an hour.

"An animal could suffer from hypothermia or even pass away from that so we definitely don't want to leave animals outside in any sort of condition especially for a car that's not running," said Dr. Gutting, Medical Director of MADACC.

Dr. Gutting says the pitbull is in great shape.

If his owner does not come in to claim him in five days, he could go up for adoption.

"Our concern is that this person has an issue with the way they need to care for their pet which means they need help," said Dr. Gutting.

The captain with Milwaukee Police District 2 tells TODAY'S TMJ4 the owner, in this case, could face an animal cruelty charge.