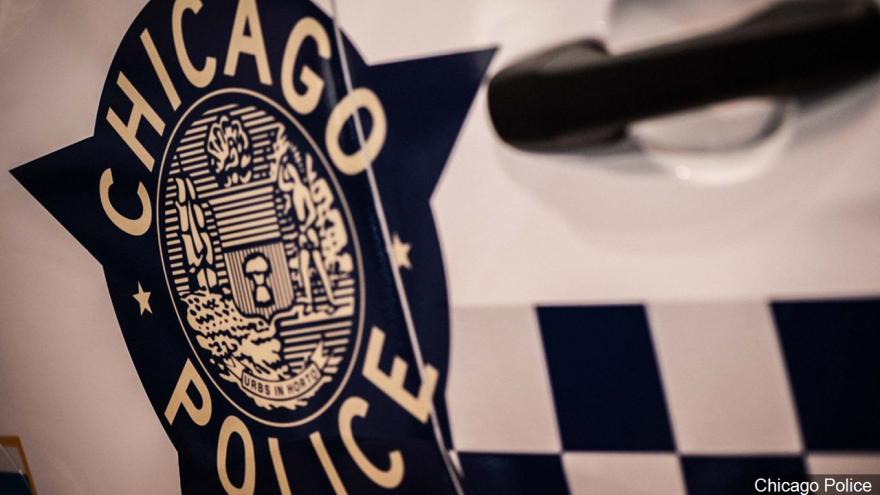 (CNN) -- Someone fired shots at police in downtown Chicago on Monday morning, and the officers returned fire, police spokesman Tom Ahem said in a post on Twitter.

A heavy police presence had been visible on Michigan Avenue downtown, where large groups gathered and vandalized retail businesses overnight.

Bus and train service in and around downtown Chicago was suspended at police request, according to updates from the Chicago Transit Authority (CTA).

CNN crews near the area reported seeing a large number of police cars in the retail district. Video taken outside of Saks Fifth Avenue showed armed police officers standing near the entry door in which the glass had been broken out with the security gate inside partially up.

Another video showed a large crowd gathered outside of the Coach store. Windows in the store were shattered. In a separate video, someone could be seen tossing a projectile at the window of a jewelry store on Michigan Avenue.

Police told CNN large crowds began to gather shortly after midnight. They did not have any specific information on the size of the crowd, amount of damage, or level of police response, only saying, "This is an ongoing situation."

It was unclear if the unrest was related to an officer-involved shooting in Chicago on Sunday. A "hostile" crowd with "emotions running high" gathered shortly after the shooting, according to Chicago Police Deputy Yolanda Talley.

Talley said during a press conference Sunday that the group who gathered had misinformation about what happened and when the crowd became violent two arrests were made. One officer suffered a hurt shoulder, one was sprayed with mace and the window of a police vehicle was smashed with a brick, Talley said.

"This is a direct response to one agitator on the scene getting people worked up without having the whole story," said Talley.

Police said in a statement that they responded Sunday to a call about 2:30 p.m. (3:30 p.m. ET) that a person had a gun. When they arrived, the man described to be in his late teens to mid-20s ran away and began firing at officers, the statement said. Police said they returned fire.

The suspect's gun was recovered from the scene.

According to the statement, the suspect was taken to University of Chicago Hospital and his condition was unknown. Three officers were taken to a hospital for observation.