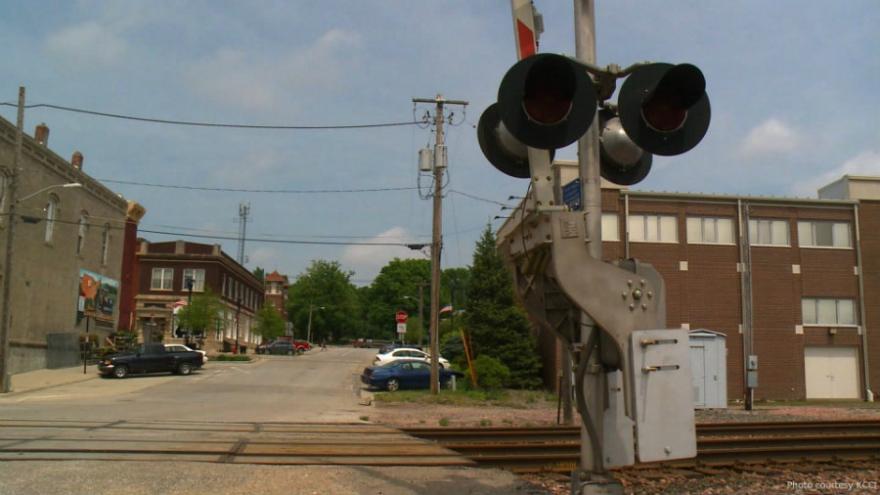 Belle Plane, IA (KCCI) -- Authorities say a woman and boy whose bodies were found at a railroad crossing in eastern Iowa died in a murder-suicide.

The incident happened May 4. Teresa Gerleman, 35, and her 8-year-old son, Henry Fields were found by police sent to a Belle Plaine crossing around 5 a.m. Friday.

The Iowa Public Safety Department said after interviews of Union Pacific Railroad employees, video footage from the Union Pacific engine and a multitude of a sundry interviews, the conclusion is Gerleman committed suicide and pulled her son into the path of the train, thus killing him as well.

“Evidence at the impact site indicates Gerleman waited near the railroad tracks for the Union Pacific train to approach. Gerleman and her son Henry can be seen on video crossing the tracks and as the train draws near, Gerleman returns to the center of the tracks and at the last moment pulls Henry into the path of the train.”

Ruth Ann Stratto, who lived across the street from Gerleman, said she still gets choked up thinking of the 35-year-old and her 8-year-old.

Stratto said she lived across the street from Gerleman and that she and her son died a few blocks north of their neighborhood.

“I heard the train just squeal their brakes,” Stratto said.

Friends of Gerleman created a Facebook page entitled, “In Loving Memory Of Teresa Gerleman & Henry Fields” as a tribute.

According to the Facebook page, Gerleman was dealing with family issues and had just recently moved to Belle Plaine.

“I think it's very tragic,” Stratto said. “I've got grandchildren (and) great grandchildren. My heart goes out to that little boy.”

Just a week before Gerleman and her son died another man threw himself in front of a train on the same crossing.

Friends told KCCI that Gerleman and the man were connected, but authorities could not confirm the claim.

Family members told KCCI that there will be no funeral for Gerleman.