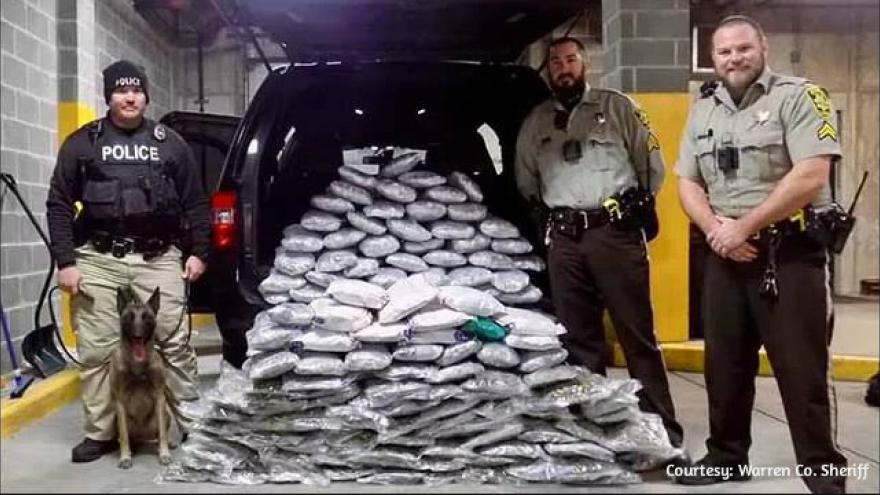 Authorities said a deputy was driving to Warrenton after working another call in western Warren County when he spotted a car driving erratically through a new overpass construction zone on I-70.

The car was eventually stopped on Highway 47 in Warrenton. Police said a K9 discovered 150 pounds of marijuana inside six duffle bags in the back of the car.

Police said both men are from California and are being held in the Warren County Jail pending charges.

The department posted the following statement on Facebook about the arrest:

"Before the pro-marijuana activists saturate this post with pro-drug and anti-law enforcement comments I would like to add that prior to making this arrest we were also busy working domestics, preparing for a homicide trial, investigating child sex cases, arresting burglars, thieves, and drug suspects on heroin and methamphetamine cases. Even if this incident occurred in a state with legal recreational marijuana this would have still been a crime!"