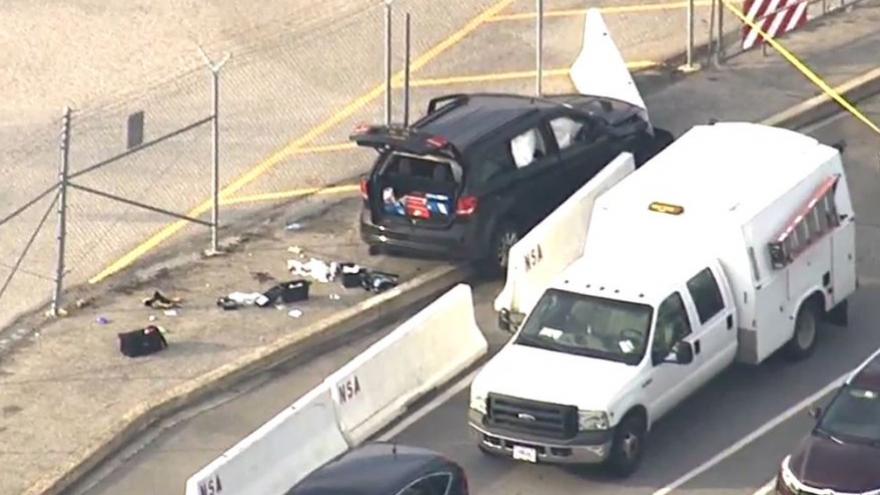 FORT MEADE, Md. -Authorities are responding to a shooting in Fort Meade, Maryland, where the National Security Agency is headquartered, the White House said Wednesday.

At least one person has been shot. Earlier reports had said three people were wounded.

"The President has been briefed on the shooting at Ft. Meade. Our thoughts and prayers are with everyone that has been affected. We will continue to provide updates as they become available," White House deputy press secretary Lindsay Walters said in a statement.

The agency said the incident took place at a vehicle gate. Aerial footage shows a black SUV that appears to have crashed into concrete barriers.

"The situation is under control and there is no ongoing security or safety threat," the agency said in a statement.

No further details were immediately available.