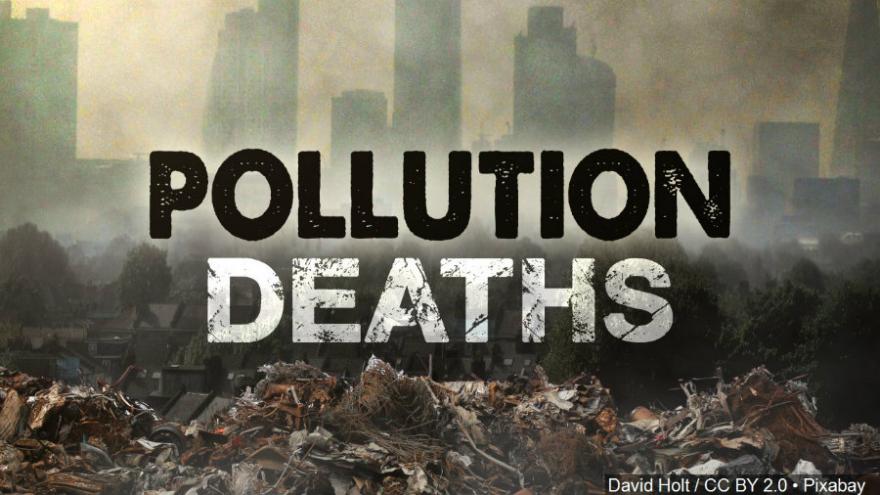 Two-thirds of the affected infants -- over 12 million -- live in South Asia and are exposed to pollution six times higher than recommended limits.

Air pollution is one of the biggest threats to child health globally. Pneumonia claims 920,000 children under the age of 5 every year, and the risk is greatest for those under the age of 1.

The brain undergoes critical growth in the first 1,000 days of life, forming foundational neural connections in this stage. Exposure to air pollution during this time can therefore impact development, the report states.

During development, young brains are especially vulnerable to even small doses of toxic chemicals. This is made worse by a higher breathing rate in children, which causes them to inhale more toxic air, according to the report.

Negative environments, such as exposure to toxic air, make children more vulnerable to developmental problems, preventing their brains from developing fully, she explained.

Research has shown that air pollution can stunt growth, impact IQ and memory, and cause psychological issues such as anxiety, depression and attention-deficit hyperactivity disorder, which can go on to affect test scores in school.

The UNICEF study used satellite imagery to identify an infant population of 12 million in South Asia at greatest risk from pollution, exceeding air pollution limits set by the World Health Organization by sixfold.

"With one in eight babies breathing extremely polluted air, urgent steps to reduce air pollution must be taken now," said Nicholas Rees, a UNICEF policy specialist and author of the study.

"We will not be able to end child deaths -- and provide children with a fair start in life -- without addressing the environmental risks that they face," he said.

"The numbers are very concerning for public health," said Rachel B. Smith, a research associate in the School of Public Health at Imperial College London who was not involved in the UNICEF report.

Smith authored a paper published Tuesday that analyzed the health of half a million infants in London between 2006 and 2010. It found that pregnant women exposed to air pollution were more likely to give birth to underweight babies.

"The levels of pollution in Asia are much higher than in London," she said. "We see effects in London that are below the legal limit, so it is concerning when you realize how many children are exposed to that" in South Asia.

The report also mentions the adverse effects of smoking tobacco, even if the fetus is exposed to secondhand smoke in the womb.

"The polluting agents in burning tobacco, despite being different from the ones found in fossil fuels, have overlaps," Rees said, calling for bold, decisive action. "We need cleaner, renewable sources of energy to prevent the pollution caused by fossil fuel combustion."

Rees believes that smart urban planning -- including affordable access to public transport, parks and green spaces for children, and better waste management to prevent open-air burning -- will help bring pollution levels down. "We also need to make sure children have access to the health services they need to treat health conditions associated with air pollution."

The paper outlined steps for parents to take at home, focusing on monitoring children's respiratory health and reducing their exposure to fumes produced by cooking or heating fires or smoking tobacco.

"We have long known that violence, extreme neglect and lack of nutritious food in the earliest years of life can inhibit children's brain development. But the fact that we now know that children's cognitive function can be impaired simply by the air they breathe -- and the fact that so many young children are affected -- is of extreme concern," said Justin Forsyth, deputy executive director of UNICEF.

He explained that when a child's cognitive development is impaired, it affects not only individual lives but whole families, communities and economies.

"The vast number of babies living in highly polluted areas of our world, combined with the emerging evidence presented in this new paper, provides an urgent wake-up call to take action against pollutants."