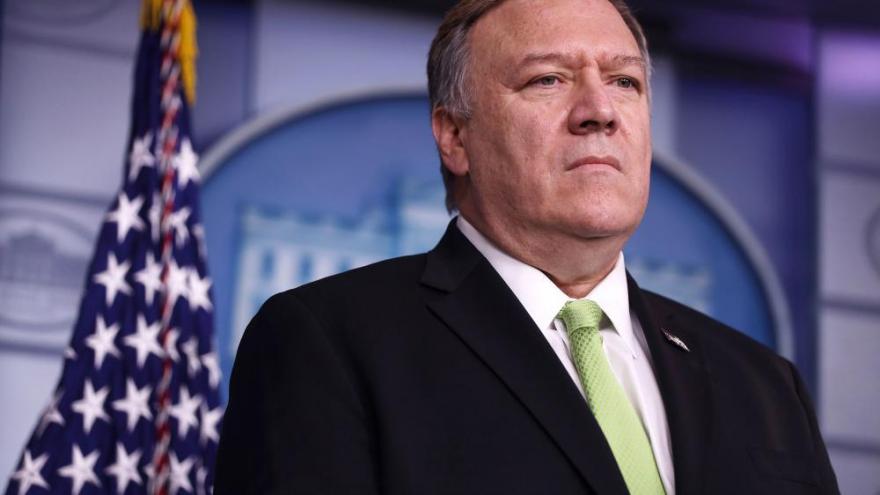 (CNN) -- Secretary of State Mike Pompeo appears to be backing away from a theory he and President Donald Trump were pushing that the coronavirus pandemic may have originated at a lab in Wuhan, China.

Pompeo said in an interview with Breitbart that aired Saturday that "we know it began in Wuhan, but we don't know from where or from whom, and those are important things."

"We have repeatedly asked to have teams go in to assist them in identifying where the virus originated," the secretary said.

Pompeo has for weeks publicly espoused the theory that the virus that has infected more than 1,400,000 Americans originated from the Wuhan Institute of Virology, claiming in an interview earlier this month that there was "enormous evidence" and a "significant amount of evidence" this was the case. He later conceded that he couldn't be certain of its origin and that the evidence that it came from "the vicinity" of the Wuhan lab "could be wrong."

While Trump has similarly claimed that he has seen evidence linking the outbreak to the Wuhan lab, assessments by scientists and those circulated among US intelligence-sharing allies have posited that it is "highly unlikely" the virus originated in a lab. The US intelligence community has said it is looking into both possibilities.

The Chinese government has pushed back on the claim, describing it as a "smear" intended to bolster Trump's reelection chances.

Pompeo has repeatedly condemned Beijing for a lack of transparency about the pandemic.

In his interview with Breitbart, Pompeo emphasized that knowing where the outbreak began is "key" for scientists working on developing a vaccine, and blamed China for "attempting ... to undermine the central understandings of transparency that every country has a responsibility to deliver."

Pompeo also reiterated that the US intends to punish China for the global pandemic, but noted that "the precise mechanisms that we will choose -- I want to make sure that (Trump) gets the chance to get fully briefed and make those decisions."

CNN reported in late April that the Trump administration is formulating a long-term plan to punish China on multiple fronts for the deadly outbreak. Multiple sources inside the administration said they are considering various tools, including sanctions, canceling US debt obligations and drawing up new trade policies, to make clear to China, and to everyone else, where they feel the responsibility lies.