Pompeo being investigated for potentially breaking the law with RNC speech 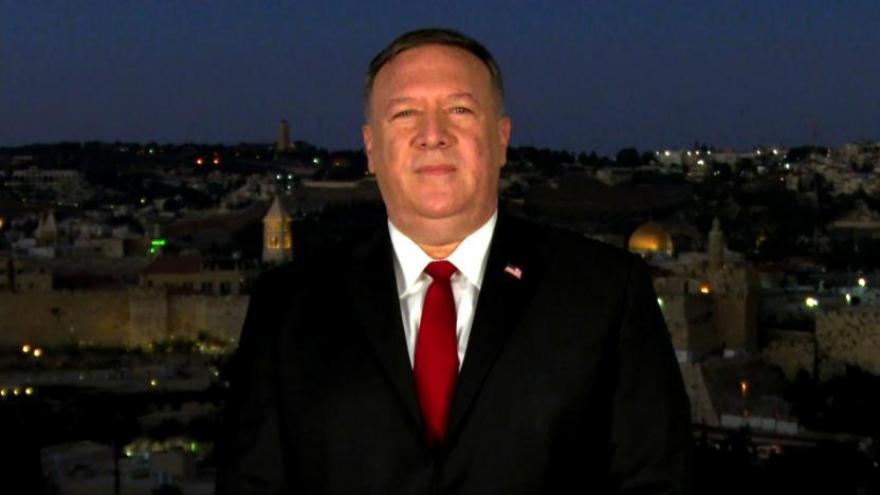 Pompeo being investigated for potentially breaking the law with RNC speech.

(CNN) -- Secretary of State Mike Pompeo is under investigation for potentially violating a federal law that forbids federal employees from engaging in political activity while on duty or while inside federal buildings over his address to the Republican convention in August.

The Office of the Special Counsel, an independent federal investigative agency, launched a probe into Pompeo's speech to the Republican National Convention while on a taxpayer funded trip to Jerusalem on August 25, according to two House Democrats.

It is the second investigation into potential Hatch Act violations that the OSC has opened into Pompeo, whose use of resources and decision-making at the State Department, along with his wife's, have triggered a series of investigations by the agency's inspector general.

"This information comes on the heels of reporting that OSC is also looking into Secretary Pompeo's stated commitment to rush out more of Hillary Clinton's emails by Election Day and as the Secretary has misused State Department resources on his speech tour of swing states," the Democrats said.

"As we get closer to both this year's election and his own inevitable return to electoral politics, Mike Pompeo has grown even more brazen in misusing the State Department and the taxpayer dollars that fund it as vehicles for the Administration's, and his own, political ambitions," the lawmakers said.

The State Department did not return requests for comment.

Pompeo has clashed with Engel and the House committees over issues of accountability.

Congressional Democrats are looking into Pompeo's push to have President Donald Trump fire the State Department Inspector General, Steve Linick, who had been looking into five matters of potential wrongdoing at the State Department at the time, including Pompeo's possible misuse of taxpayer resources. Pompeo has repeatedly denied that Linick's ouster was retaliatory.

On Monday, Engel and Lowey noted that Pompeo's State Department has "repeatedly missed Congressional overseers' deadlines for producing documents on his recent domestic speeches that will help us understand whether they were improper political activities. So we're grateful to OSC—whom Mr. Pompeo can't fire as he did the Inspector General—for looking into this matter."