Pompeo says he will meet with Saudi crown prince 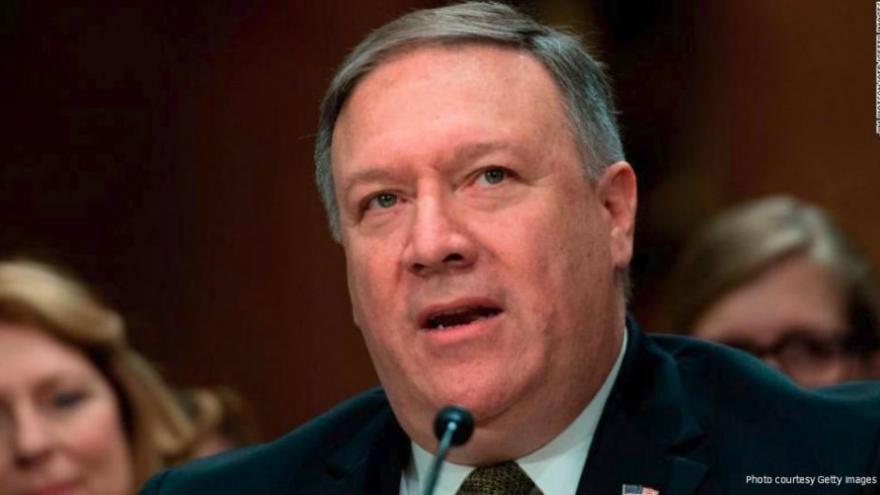 (CNN) -- US Secretary of State Mike Pompeo will meet with Saudi Crown Prince Mohammed bin Salman and plans to address the killing of journalist Jamal Khashoggi during his upcoming visit to Saudi Arabia, Pompeo said Saturday to CBS News.

"I'll say what we have said consistently," Pompeo said of Khashoggi's murder.

"America's position both privately and publicly is the same. This was an outrageous act, an unacceptable murder. Those who were responsible will be held accountable by the United States of America. We're determined to do that. We're determined to get at the facts just as quickly and as comprehensively as we can," he continued in an interview he taped with CBS' "Face the Nation."

In December 2018, the Senate passed a resolution condemning Saudi Arabia's Crown Prince for the murder of Khashoggi.

In his CBS interview, Pompeo said the United States "value human rights all across the globe," and called the murder of Khashoggi "outrageous." He added that the US will "hold those responsible accountable."

"And then we'll talk about all the important things we do with the Kingdom of Saudi Arabia and all the support they provide to keep Americans in Kansas and Colorado and California and in Washington, DC, safe," Pompeo added.

Pompeo previously told Al Arabiya that he would be heading to Saudi Arabia beginning Sunday.

When asked if it was a partnership or a friendship with Saudi Arabia, he told Al Arabiya, "Call it what you will. They've been great partners in the missions that we have asked them to assist us with.

"We understand that the murder of Jamal Khashoggi was a heinous, terrible act. We want to hold everyone responsible for that accountable," he said. "We intend to do so. We started that already. But this relationship, this mutually beneficial relationship to create stability in the Middle East and to assist the United States in executing things that keep the American people safe is very important. And I'm convinced the Kingdom of Saudi Arabia will be a great ally in doing so."