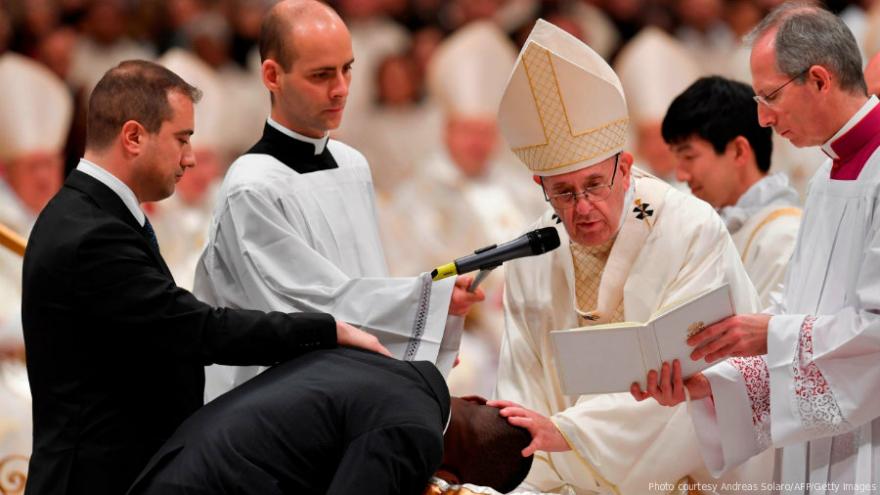 (CNN) -- Pope Francis baptized a Nigerian migrant -- who shot to fame after confronting a thief on the streets of Rome -- as part of Saturday's Easter service. 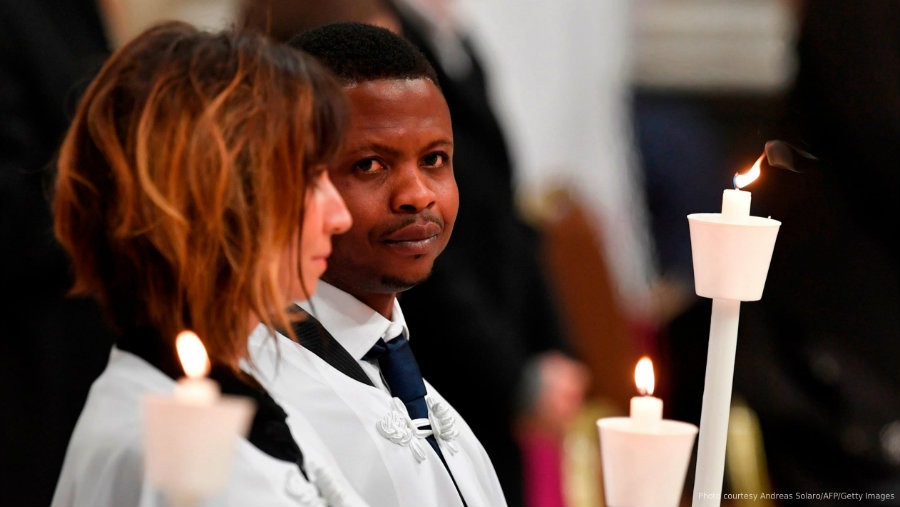 In September last year, migrant John Ogah, 31, had been begging outside a supermarket in Rome when he confronted a thief, who was armed with a meat cleaver and attempting to steal money from the store.

Ogah was heralded a hero by the Italian press, and on Saturday was one of eight people baptized by the Pope at St. Peter's Basilica in Vatican City.

Ogah was also one of thousands of Nigerian migrants who reached Italy last year after traveling to Libya and catching a smuggler's boat across the Mediterranean.

Many are refugees fleeing conflict or economic migrants in search of better opportunities in Europe, most having sold everything they own to finance the journey.

Ogah did not have permission to stay in Italy, but his act of bravery saw authorities grant him a residency permit.

He now works with the Italian Red Cross, and requested that Rome's Police Captain, Nunzio Carbone, become his godfather at the baptism ceremony.

Pope Francis has highlighted the plight of migrants numerous times during his papacy. During Saturday's service, he asked worshipers what they could do to help others, saying "and I, this Easter of 2018, what will I do? What will you do?"

His 2018 New Year's address urged world leaders to do more to help refugees, saying it was "important that everyone -- civil institutions, educational, welfare and ecclesial realities -- are committed to ensuring refugees, migrants and everyone a future of peace."