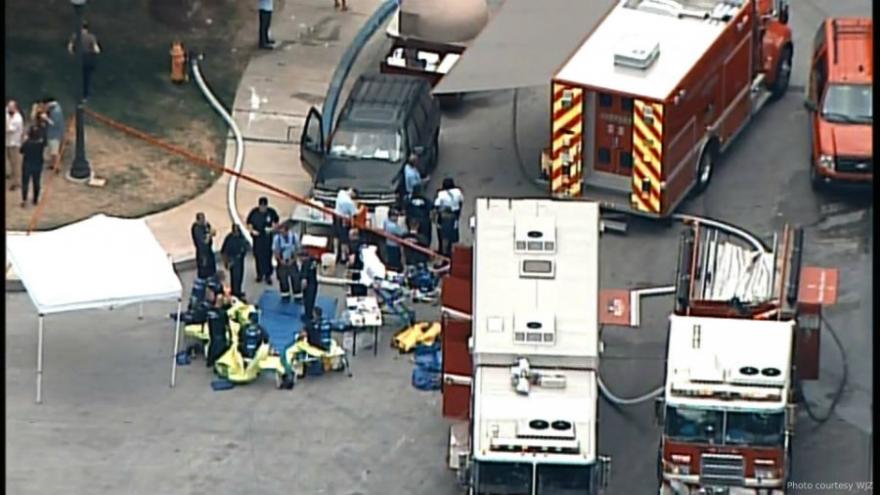 (CNN) -- Authorities responded to reports that a small amount of tuberculosis bacteria may have been released at Johns Hopkins Hospital in Baltimore on Thursday afternoon, after a latch failed on a container, according to Johns Hopkins Medicine. 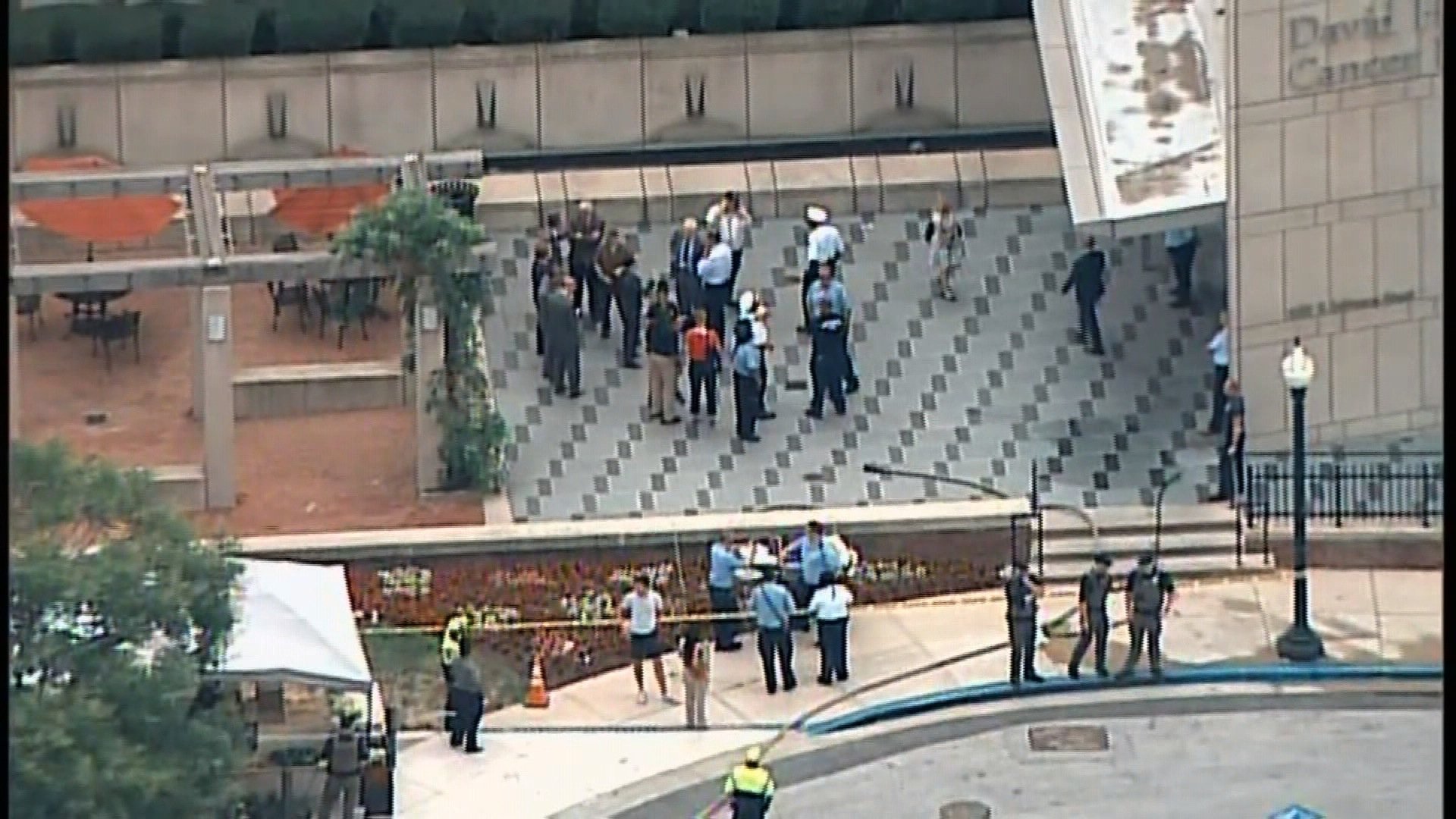 The Baltimore City Fire Department investigated after a small tube containing a frozen sample of the bacteria was dropped on an internal bridge between two cancer research buildings, according to the hospital. Both buildings were evacuated, and employees in the vicinity were isolated and were to be evaluated by the fire department, hospital spokeswoman Kim Hoppe said.

But hospital authorities later said that there was "zero risk" to patients and hospital personnel and that testing would not occur.

"There was a small tube that contained a frozen sample and it was dropped and the lid came off while the sample was still frozen inside," said Dr. Landon King, executive vice dean at the Johns Hopkins School of Medicine.

In a statement released Friday, Ken Willis, a spokesman for Johns Hopkins Medicine, said the latch on the transportation container "failed due to pressure from a secondary interior container holding dry ice." 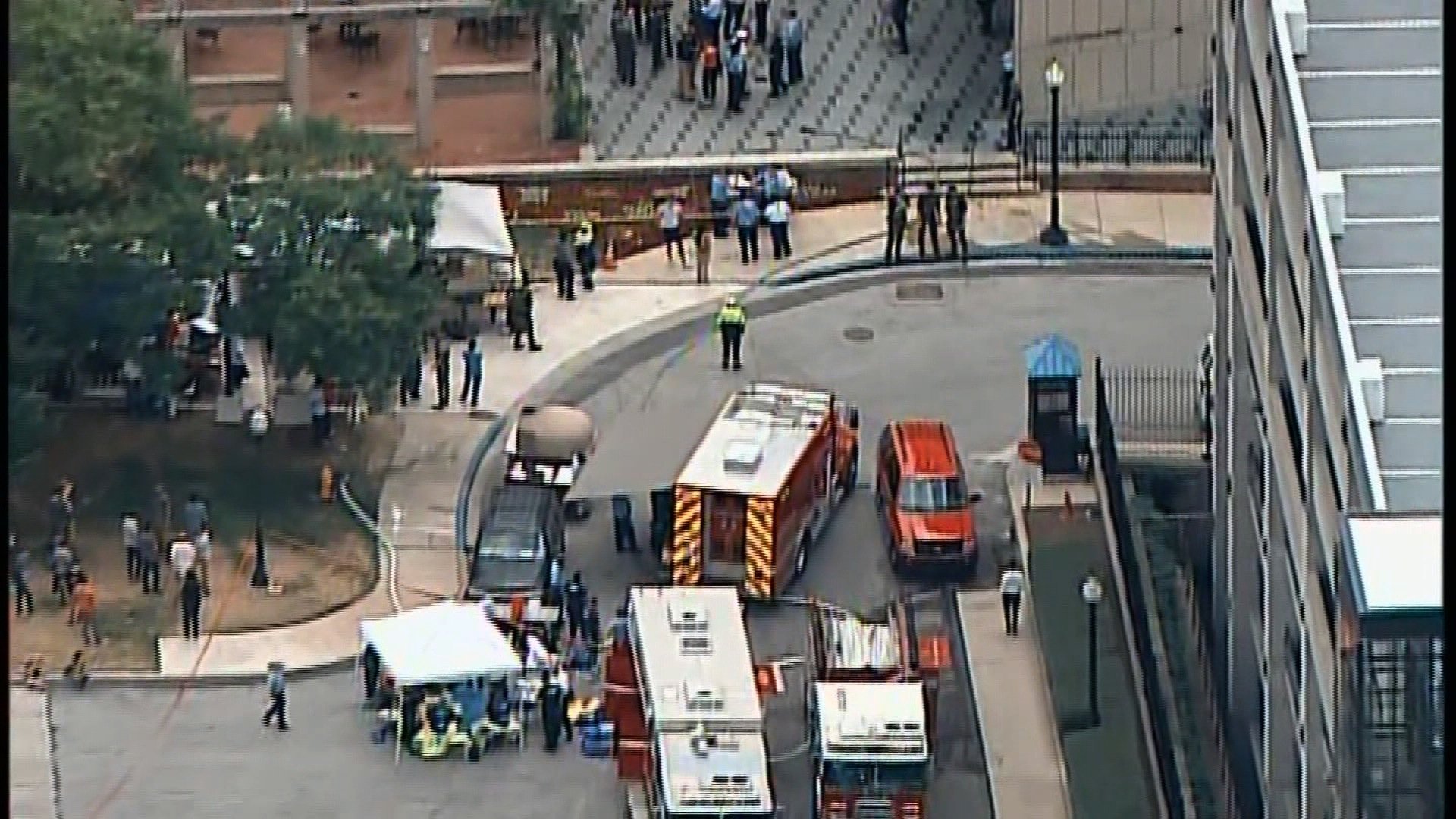 "In fact, we have determined that there is actually no risk, meaning zero risk, to anybody involved," King said. "So there is no preventive measure or testing that's required for anyone in the buildings or on the campus as a result of this event."

Tuberculosis bacteria are spread through the air when an infected person coughs, sneezes or spits, and someone else can breathe in the bacteria and become sick. It's possible to be infected with TB without getting ill, in which case it can still be spread.

Symptoms include coughing up blood, fever, chills, night sweats, shortness of breath, chest pains, weight loss and fatigue. Treatment with antibiotics for four to nine months is required to treat the active disease.

In 2016, 10.4 million people around the world developed TB illness, and there were 1.7 million deaths, according to the US Centers for Disease Control and Prevention. That same year, 9.272 cases were reported in the United States, and provisional data from 2017 found 9,093 cases.

Willis said while this was a one-time event, a review of procedures will take place.

"We take this event seriously and will conduct a thorough review of existing procedures, retrain staff and make any other needed improvements. We have not had prior issues with transporting samples. The researchers in possession of the material were conducting basic research that does not involve human subjects and focuses on helping scientists understand how the disease works."