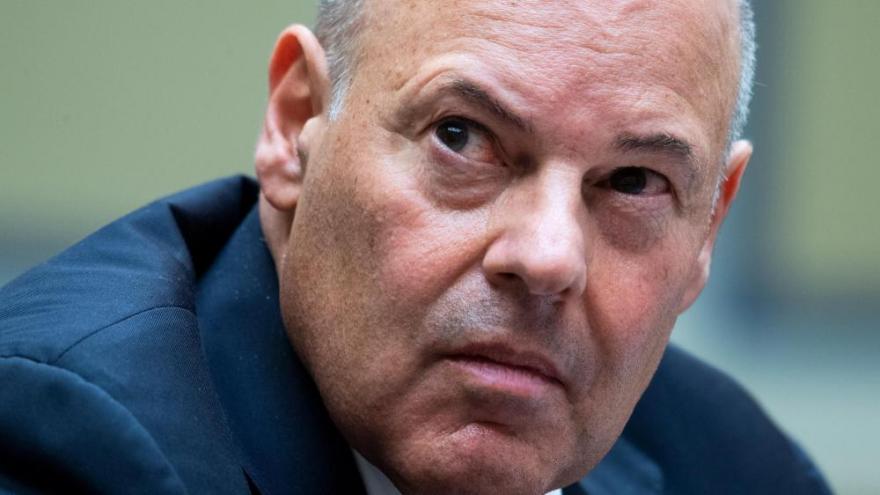 Postmaster General Louis DeJoy testifies during a hearing before the House Oversight and Reform Committee on August 24, 2020 in Washington, DC. DeJoy apologized on February 24 for slow mail during the peak holiday season, deeming it "unacceptable."

"I apologize to those customers who felt the impact of our delays," DeJoy said at a House Oversight and Reform Committee hearing. "All of us at the Postal Service, from our Board, to our leadership team, to our union and association leadership, to every employee strive to do better in our service to the American people -- and we will do better."

The comments come as Democrats are at odds over how to approach DeJoy.

Changes made to the Postal Service under DeJoy, the US postmaster general and major donor to former President Donald Trump, sparked outrage last year when critics blamed him for the slowdown of mail delivery ahead the election. Democrats linked DeJoy to Trump's anti-mail-in voting rhetoric and accused him of attempting to sabotage the Postal Service just as now-President Joe Biden was relying on mailed ballots to deliver him the White House.

Some Democrats want a brand new slate of governors who could immediately fire DeJoy, while others are taking a more moderate approach, hoping they can instead work with the controversial USPS leader and cut a deal on a long-awaited bill to overhaul the agency.

DeJoy previously apologized for slow service last year when there were questions about whether mail-in ballots would be delivered on time for the 2020 election.

Wednesday, DeJoy said the problems the Postal Service faced make more evident the need for reform. He is expected to release a new 10-year plan, which he said in his opening statement will be finalized "soon."

"The status quo should be acceptable to no one," he said.

One source familiar with the plan told CNN that changing first class mail delivery is under consideration -- a move that experts say could further slow down mail.