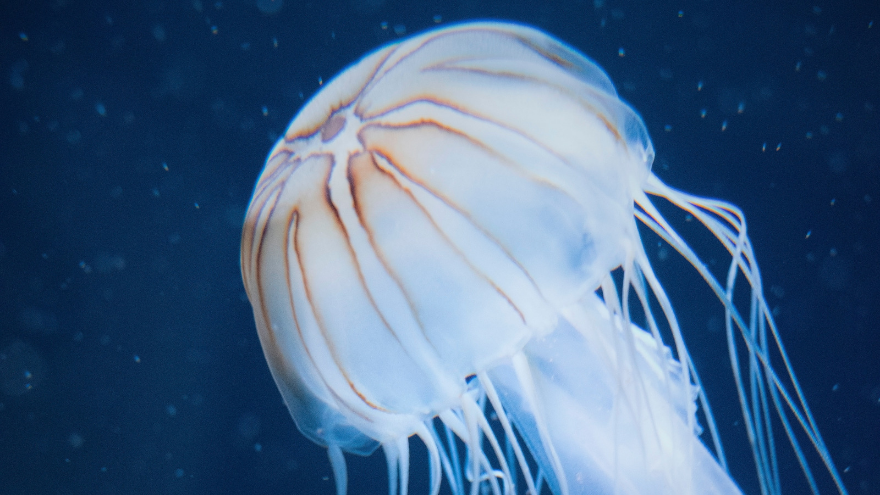 (CNN) -- Researchers at the University of Sydney say they have discovered a potential antidote for the sting of the world's most venomous sea creature: the Australian box jellyfish.

The jellyfish has about 60 tentacles that can grow up to 3 meters (almost 10 feet). They live mainly in coastal waters around the north and west of Australia and the Philippines, according to the university's press release.

Each tentacle has millions of microscopic hooks filled with venom, and the jellyfish carries enough venom to kill more than 60 humans, the university said. Associate Professor Greg Neely, one of the study's authors, said no other animal carries that amount of venom.

The research team used the gene-editing technique known as CRISPR to identify how the venom kills human cells.

"We studied the biggest, most venomous and scary one," Neely said in a news release. "Our drug works on the big beast. We don't know yet if it works on other jellyfish, but we know it works on the most-deadly one."

Researchers found that the venom does most of its damage to the skin when it interacts with cholesterol, and that drugs that already exist to eliminate cholesterol also can work as antidotes for box jellyfish venom if it is administered within 15 minutes of the sting.

Researchers used specific types of cyclodextrins, a family of drugs that absorb cholesterol, to block the venom, Neely said.

"It turns out by blocking the venom's ability to kill the cells, we can also block some of the pain," Neely, an associate professor at the University of Sydney who studies diseases and pain, told CNN.

The antidote was first tested on human cells outside the body and on live mice, according to the university. Researchers hope to develop a topical application for humans.

However, it's unclear if the antidote will be effective for severe stings.

"We don't know yet if it will stop a heart attack. That will need more research and we are applying for funding to continue this work," Neely said.

In a piece he wrote for The Conversation, Neely said researchers are also looking to develop a treatment for cardiac injection.

Neely told CNN he's particularly excited about the potential for using CRISPR to study other types of venom.

"This is kind of the first time (CRISPR) has been used for venom," he said.

"There's just an unlimited amount of cool work we could do."

It's unclear exactly how often people are killed by box jellyfish stings. Experts advise victims to pour vinegar on the wound for at least 30 seconds.

The Australian box jellyfish (Chironex fleckeri) is considered the world's most venomous marine animal, according to the US National Ocean Service.

The jellyfish don't just float, they can actively swim, gaining speed of 7.5 kilometres an hour (12 miles an hour) when they are hunting, the university said. They feed in shallow waters, mainly small fish and prawns.